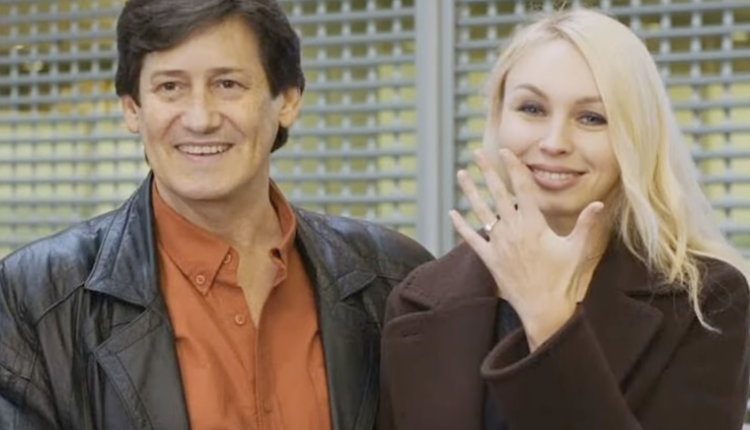 ’90 Day Fiancé’ finds that star, Lana has shared update on her relationship with David Murphey. Viewers will recall that on 90 Day Fiancé: Before the 90 Days season 4, the duo met on a Ukrainian dating website, and they dated for seven years without seeing face-to-face. Many viewers thought Lana was catfishing the American man, but she shocked them when she finally appeared on the show and accepted his proposal.

’90 Day Fiancé’ Spoilers: Lana Confirms She And David Are No Longer Together

Their season on the show ended with many viewers asking about their engagement and wedding, and for months, Lana and David didn’t share clear details on the status of their relationship, then Lana was spotted on another dating site. In May of this year, David Murphey updated fans, telling them that he and Lana were still together.

He said that she was working in Ukraine as a police investigator, and they were planning to go on a romantic vacation in Cancun. He also revealed that they were waiting for Lana’s tourist visa to be approved by the authorities in the United States.

Lana shared more about her relationship with David. A fan asked her, “How is everything going in Ukraine with the mandates?” and she replied, “In practice, nothing new. This is very disappointing.” Since the TLC star is still in Ukraine, it seems her tourist visa didn’t get approved, and fans know that David did not apply for her K-1 visa.

Lana also shared that she has not done any more “acting” roles since 90 Day Fiancé. Her reply contradicted the fact that she featured in a reality TV show.

TLC might have paid Lana to meet David or the producers found someone who looks like her and hired her for more drama. Viewers of the show think that David Murphey is lonely and was getting catfished by his online girlfriend who just wanted his money.