90 Day Fiance alums Jesse Meester and Jeniffer Tarazona dropped a huge hint that they’re engaged this week – are these two Before the 90 Days exes headed to the altar? 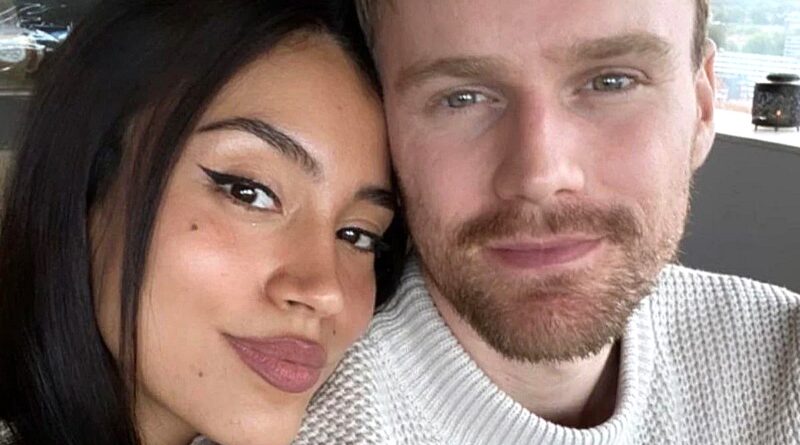 Despite multiple seasons on Before the 90 Days, Jesse Meester couldn’t make love last with Darcey Silva. Throughout their televised courtship, Darcey was desperate to get a ring from the Dutchman. Way back on Season 1 of the 90 Day Fiance spinoff, while on a bike ride, she almost fell off the contraption trying to make a beeline for a jewelry store.

While Jesse said he cared about her, he also had major issues with the Connecticut single mother. One such issue was what he considered over-indulgence in alcohol. Jesse encouraged Darcey to work on herself and said they could try to work things out together. Then, on 90 Day Fiance: Before the 90 Days Season 2, he came to the US to be with her.

The most iconic moment on #90DayFiance #BeforeThe90Days was when Darcey & Jesse fought over how to cut a steak. Pure reality TV gold. ❤️ pic.twitter.com/AVoLEZF8kz

It seemed at the time that Darcey misinterpreted what Jesse meant about working on herself. She had cosmetic procedures and was pleased to show Jesse Meester her new makeover. But he was looking for internal improvements — not external. That was the infamous shoe “trowing” season. Inevitably, they split and she’s still looking for love. But has he found his soulmate at last?

On Season 3 of 90 Day Fiance: Before the 90 Days, fans met Charlotte gun enthusiast Tim Malcolm and Colombian model Jeniffer Tarazona. He was excited to meet the single mom when he traveled to South America to meet her. Although they clicked before their big meet-up, things didn’t go well in her hometown.

While Jeniffer was looking to get physical, Tim wasn’t ready and wanted to do anti-wrinkle masks instead. Things went further off the rails on the 90 Day Fiance prequel show when adventurous Jeniffer wanted to take a swing at great heights over a canyon. Tim refused and she called him a coward (and worse things) then said he’s not the man for her.

When his stay in Colombia was done, it was clear these two were a mismatch. Later, on a 90 Day Fiance Bares All episode, Jesse Meester claimed that Tim talked him up to Jeniffer, despite dating her at the time. He implied other things that didn’t sit well with her ex. It was a messy scene. Now, though, Jeniffer Tarazona’s seeing a new TLC guy and recent events hint they may be engaged now.

Did Jesse Propose to Jeniffer & Will it Air on 90 Day Fiance?

Currently, Jesse Meester’s romance with Jeniffer Tarazona’s playing out on 90 Day Fiance: The Single Life. And you can see it in real-time on their social media channels. These two are constantly traveling, as part of his travel influencer work. And it seems Jeniffer’s also become an influencer as well. But a recent outing hinted that Jesse and Jeniffer might be engaged. 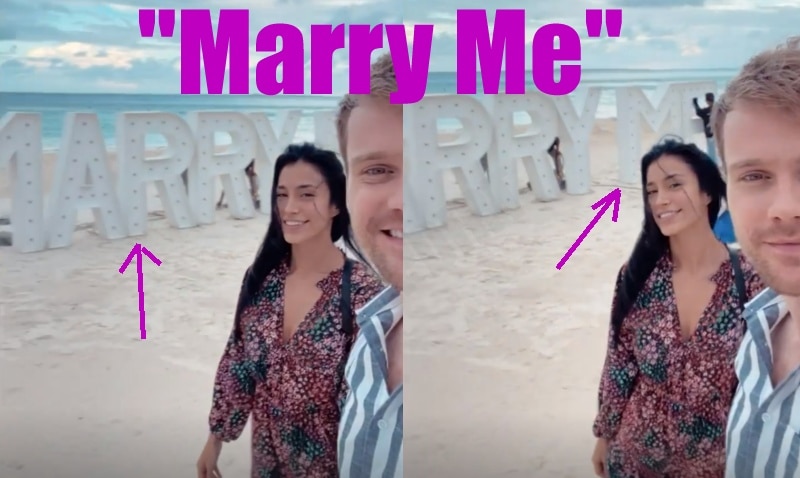 First. Soap Dirt reported on Jesse spilling that something big was coming for them on Discovery+ in December. And, of course, that’s the streaming outlet where 90 Day Fiance The Single Life airs. Then, this week, a video of Jeniffer and her man again tease an engagement. You can see shots of that below. The two walked in the sand together and Jesse Meester said they had an “amazing afternoon together”.

Jeniffer Tarazona said it was “super romantic”. Then the 90 Day Fiance alum said it was “like a dream come true” to her. However, those seem like pretty intense words to describe a simple walk on the beach, right? However, if you look behind them, there is a giant proposal sign on the beach. See the pic above? The sign behind them reads “Marry Me”. 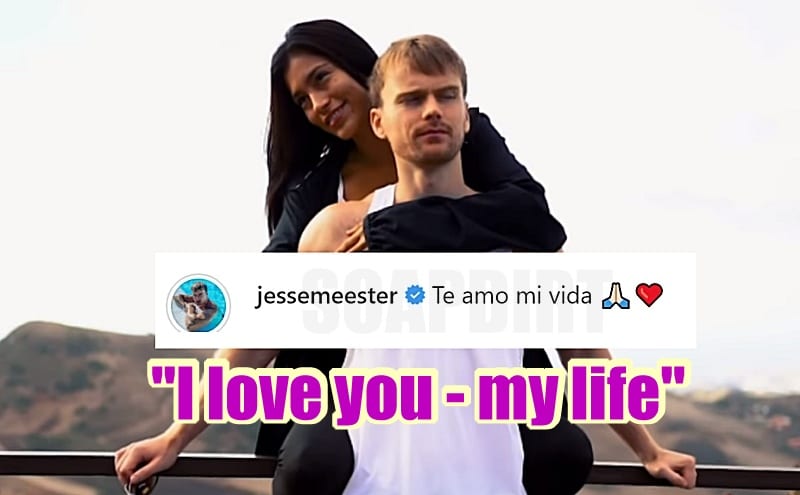 So, did Jesse propose to Jeniffer on their walk? Recently, Jesse Meester referred to her as his “mi vida” which means “my life”. And they often post about how much they love each other. Plus, the pair recently celebrated their six-month dating anniversary. So, did Jesse put a ring on Jeniffer Tarazona’s finger? And if so, it might be part of their 90 Day Fiance appearances…