90 Day Fiancé: The Other Way star Jenny Slatten Reacts to her lover of 10 years Sumit Singh revealing that he doesn’t want to get married to her. 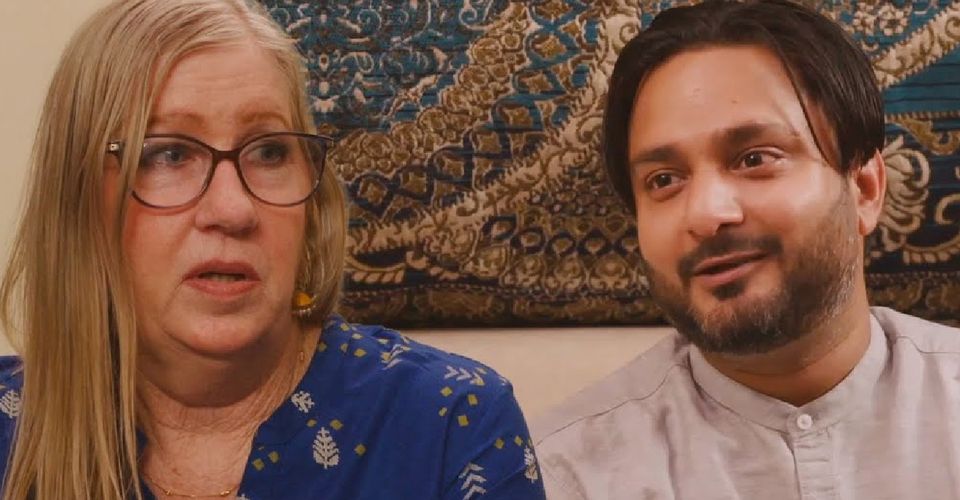 90 Day Fiancé: The Other Way star Jenny Slatten has admitted to feeling angry and hurt since Sumit Singh has given her a new excuse instead of getting married. The stars finally aligned in Sumit and Jenny’s favor on the 90 Day Fiancé spin-off, 10 years after they met on Facebook. But Sumit who had cheated her then by catfishing her has done it again by withdrawing the marriage application Jenny so eagerly filled. The Indian man has developed a case of cold feet and claims he’s scared of Jenny divorcing him and moving back to America. Interestingly, TLC viewers have been asking Jenny to “run” and “go home” for ages due to their suspicions about  Sumit being a scammer.

Being given permission to marry after nine days by  90 Day Fiancé MVP astrologer Khalid came as shock to Sumit who was happily enjoying living in with Jenny. With Jenny having impressed his mom Sadhna as well, the couple had no more hindrances left to stop them from having a wedding. But as expected Sumit himself is the one who sabotaged Jenny’s biggest dream because of his past marriage traumatizing him. Divorce cost a lot of money and carried plenty of trauma for Sumit who felt controlled by his ex-wife.

As per a preview clip for 90 Day Fiancé: The Other Way episode 13 on the 90 Day Fiancé YouTube channel, Jenny reacts to Sumit telling her about his latest blunder by saying, “I’m hurt that he didn’t tell me and I’m angry that he did it.” At the beginning of the video, Jenny shares that Sumit’s parents need to hurry up and get over it. Once they get married, Jenny looks forward to getting included in the Singh family’s functions. But Sumit then blurts out the harsh truth that they won’t be tying the knot in 30 days because he’s “nervous.” Jenny tells the cameras, “we finally get the green light to get married, and then bam I’m blindsided by..I don’t.. I.. I’m scared…” The disappointed Jenny reminds Sumit that he’s “never been in a real marriage” as his other marriage “doesn’t even count” when he proceeds to state that he had a previous “bad experience of marriage.”

Sumit argues that he’s seen “married people” who change as soon as their relationship status changes from boyfriend and girlfriend to husband and wife. To this, Jenny adds that she understands but, they aren’t a typical boyfriend and girlfriend who have been staying separately.  Turning to the camera Jenny argues, “he’s known me for such a long time. I’m the one he confides in. I’m the one he can trust, I’m the one that he loves. Why would I change?” Contrastingly, Jenny says she would become a much happier and confident person if Sumit marries her. Jenny calls the whole situation “madness” but Sumit thinks that she should be supporting him since he didn’t find anything good in marriage in the past.

But Jenny reminds him that she too has been through hell and back especially when she found out he was secretly married after she’d given up everything in America for Sumit. Many 90 Day Fiancé: The Other Way viewers who wished for Jenny to start packing her bags are scared themselves to see her still begging to be married to Sumit. They are sure Sumit is playing her as she lives in a fantasy land and continues convincing and chasing after him. They feel Jenny is too old and needs to stop wasting her best years on Sumit the jerk. Some 90 Day Fiancé fans have suggested Jenny should apply for 90 Day: The Single Life to find a man who actually wants her and won’t lead her on like Sumit.