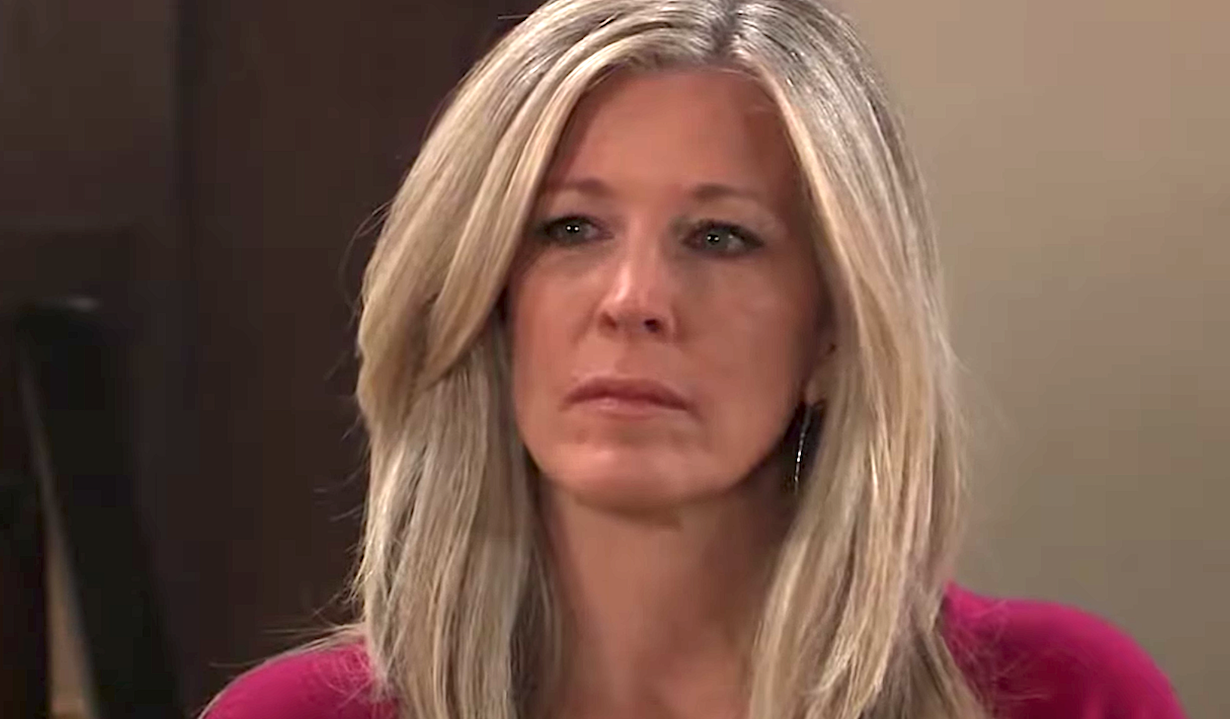 At GH, Curtis Ashford (Donnell Turner) will intervene after Marshall Ashford (Robert Gossett) spreads the word about their father-son bond.

Curtis won’t appreciate Marshall stalking TJ Ashford (Tajh Bellow) at the hospital, so this will give him another opportunity to lash out.

Meanwhile, Sam will reel over Drew Cain’s (Cameron Mathison) return and will certainly be relieved to see him.

Unfortunately, Drew will have to break some bad news to both Sam and Dante Falconeri (Dominic Zamprogna). He’ll admit Jason was presumed ᴅᴇᴀᴅ after things went horribly wrong on Cassadine Island.

After Dante and Sam hear about the tunnel collapse, they’ll consider what’s next.

Since Scout Cain’s (Ella Ramacieri) father is alive while Danny Morgan’s (Zakary Risinger) is now ᴅᴇᴀᴅ, explaining all this to Sam’s kids is going to be a challenge.

At the Quartermaine mansion, Valentin Cassadine (James Patrick Stuart) will make waves by revealing that he filed the necessary legal paperwork and nullified his agreement with Brook Lynn Quartermaine (Amanda Setton).

Brook Lynn will face a tough blow as her scheme for ELQ shares is suddenly undone.

Later, Drew will reunite with some other familiar faces as he joins the Quartermaine Thanksgiving gathering.

Over with Britt, she’ll find a reason to bond with Austin Gatlin Holt (Roger Howarth). Austin and Britt will mull over their problems together, but Britt’s are far bigger at the moment.

That’s because Jason is believed to be ᴅᴇᴀᴅ – and Britt feels responsible. Carly will face the fatal shocker and will likely put the blame on Britt for dragging Jason off into danger.

Sonny will face the disturbing news about Jason as well, but he may hold out hope that Jason might still be alive.

Unfortunately, Spinelli will come up empty and leave Sonny in a dark place when he reconvenes with Carly.

Jason is someone both Carly and Sonny cared deeply for, so they’ll lean on each other as they try to cope.

However, it looks like Sonny may end up leaning on Nina as well. General Hospital spoilers say Carly will be unsettled by the sight of something, so that might be Nina’s comforting hug for Sonny.

As for Alexis Davis (Nancy Lee Grahn), her Thanksgiving gathering will take a surprising turn.

Alexis will also consider what’s ahead when it comes to her career. We know from an upcoming leaked script that Alexis will go back to college to pursue a new path, so a fresh storyline’s brewing for her.

After Valentin reunites with Anna Devane (Finola Hughes) following her return to town, he’ll confide the horrible sense of loss he’s dealing with.

Valentin will open up about Brook Lynn’s paternity lie while Maxie Jones (Kirsten Storms) has a shocking encounter with someone. That could be Drew Cain (Cameron Mathison) since Peter August (Wes Ramsey) will still be in custody.

Sasha Gilmore (Sofia Mattsson) will remain a mess over her baby’s condition, so Nina and Brando Corbin (Johnny Wactor) will team up to help her.

Sonny will also have a few more words of wisdom for Brando, who’ll appreciate all the advice he can get right now.

General Hospital spoilers say Brando and Sasha will have to hope for the best and prepare for the worst.