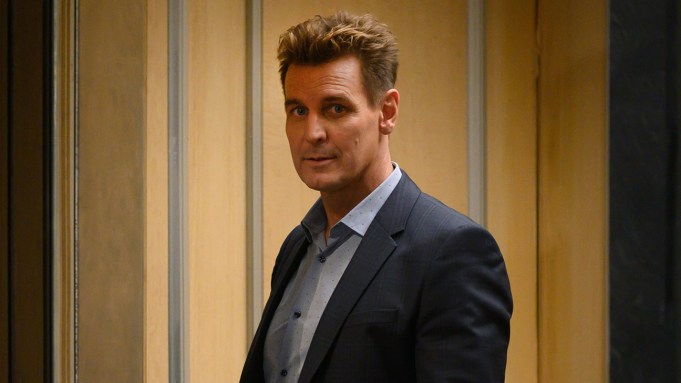 Long-standing soap star, Ingo Rademacher, is done with “General Hospital” following his refusal to get the COVID vaccine. His exit was followed up with a controversial transphobic tweet that he has since apologized for.

The news of his exit comes after colleagues called him out for posting an anti-transgender meme on social media. It was confirmed that his final episode on the show, where he’s been a regular for 25 seasons, is slated for November 22.

In a flashback, Rademacher posted an image of Dr. Rachel Levine, the first transgender person to earn four-star rank in the U.S. uniformed services. Alongside that picture, he also posted the photo of the newly elected Virginia Lt. Gov. Winsome Sears, who was the first woman of color to hold the post.

The caption underneath the collage photo read, “Hello, and welcome to ClownTown, where the dude on the left is an empowering woman, and the woman on the right is a white supremacist.”

Keep reading to see how his co-stars called him out and how it led to his eventual dismissal from “General Hospital.”

Reactions
This roused a lot of reactions and criticisms from fans and even co-stars.

A fellow “General Hospital” star replied to what Rademacher put up, saying, “I am aware of a transphobic post shared by a fellow General Hospital actor. Shame on you,” Cassandra James wrote on Twitter.

“You have some serious unlearning and education to do. I feel deeply disappointed that such a public display of ignorance could come from our GH family.”

“The cis world doesn’t get to decide which of us is valuable. I am so proud of the fans for always holding us to a high standard, for calling out transphobia and violence.”

Nancy Lee Grahn, another co-star, replied to James’ tweet. She expressed gratitude that Rademacher was not a part of the “GH” cast any longer. “Transphobia & misgendering are disgusting & should be unacceptable in any industry, including soaps/acting. I stand with my co-star [James] & the trans community,” she concluded. 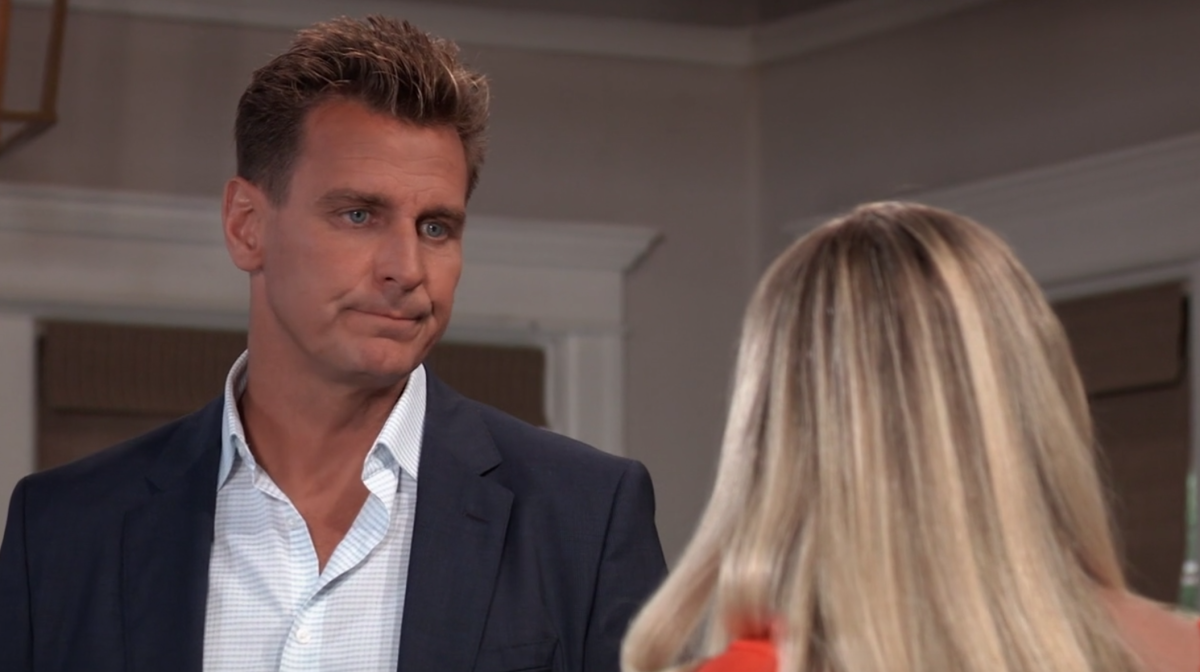 Bungled Apology
In an Instagram post on Monday, Rademacher doubled down on sharing the meme. He also asserted that while he thinks it’s “not OK” to call a woman of color a white supremacist, “I don’t think either it’s OK to call a transgender an empowered woman, because where does that leave women?”

“I do apologize for not crossing out ‘dude’ and putting in transgender,” he continued in the video. “Me personally, I wouldn’t have written it that way.” He added that he shared the post because he wanted to call out “the hypocrisy of the left-wing media.”

In the same video, Rademacher also apologized to James. “I think you’re an absolute talent and you’re very beautiful as well; I don’t think a transphobic man would say that” He then shared an anecdote about his son wanting to wear a Disney princess dress when he was still a baby. “I don’t think a transphobic dad would buy his son a Disney princess dress,” he concluded.

He also noted that he would address his status at “General Hospital” at another time.

Anti-Vax Remarks
This wasn’t the first time Rademacher was being slammed publicly, as he was previously attacked for not following the production’s COVID vaccine mandate and for being an anti-vaxxer.

This occurred when fellow ‘GH’ star Steve Burton tested positive for the virus and disclosed he caught the virus on the location set.

Although Rademacher hasn’t been vocal about his anti-vaccination stance for a long time now, his Instagram feed was agog with think pieces and opinions on vaccination on Sunday.

“I will stand with you to fight for medical freedom. If we don’t send a strong message to the Biden Administration to reverse course immediately where do you think this ends guys? With Booster No. 25? Nope. Vaccine passports and more segregation is on its way right now. Wakey Wakey,” he concluded.

Who Is Rademacher?
Rademacher was born April 22, 1971; he is a German-born Australian television actor. He is famous as Jasper “Jax” Jacks on the American daytime soap opera “General Hospital,” which he has played since the role’s outset in 1996.

He played Officer Sacks in the film “Alex Cross” and placed fifth on season 16 of “Dancing with the Stars.” 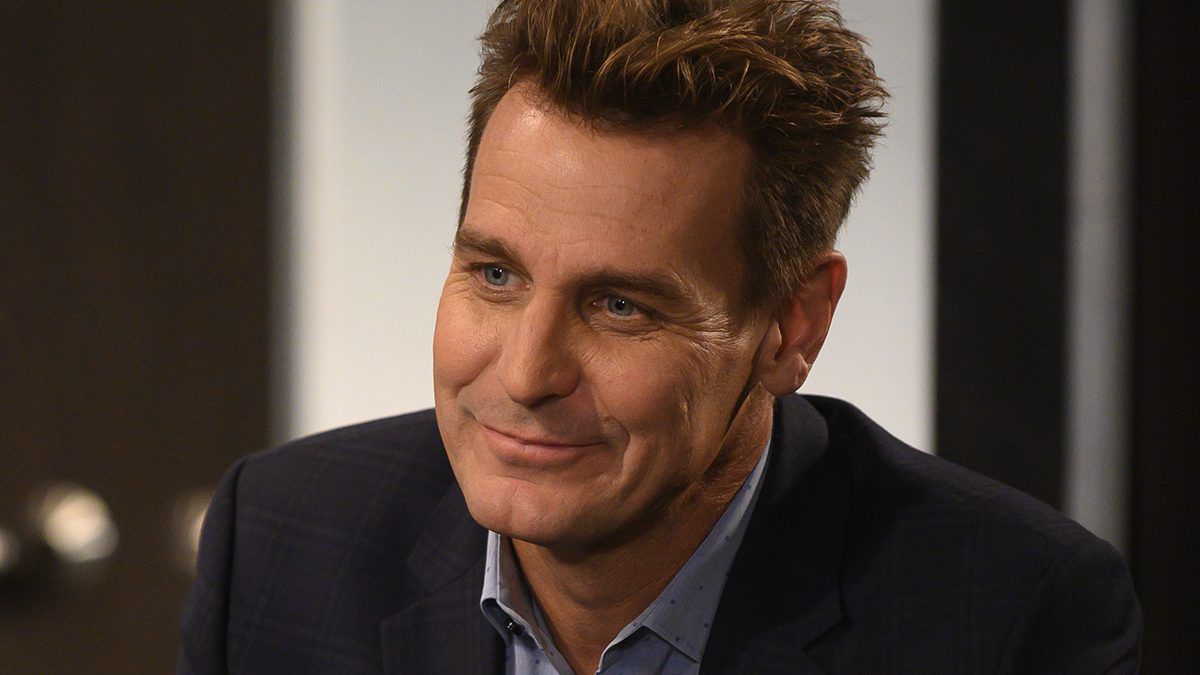 He withdrew from the University of Queensland six months after his enrollment to begin a career in modeling. After his modeling run, he began his foray into the acting profession. His debut role was the character of Sean Hayden in the Australian soap opera “Paradise Beach.”

After the show was canceled, he proceeded to Los Angeles in 1994. His former “Paradise Beach” co-star, Jaason Simmons, arranged accommodation for him in Los Angeles. The producer of “GH” Wendy Riche saw his audition tape for the soap opera “The City,” and he was immediately cast as Jasper “Jax” Jacks.

He took a year break from GH to appear on the short-lived primetime soap opera “Titans.” He later went back to GH on August 23, 2012.