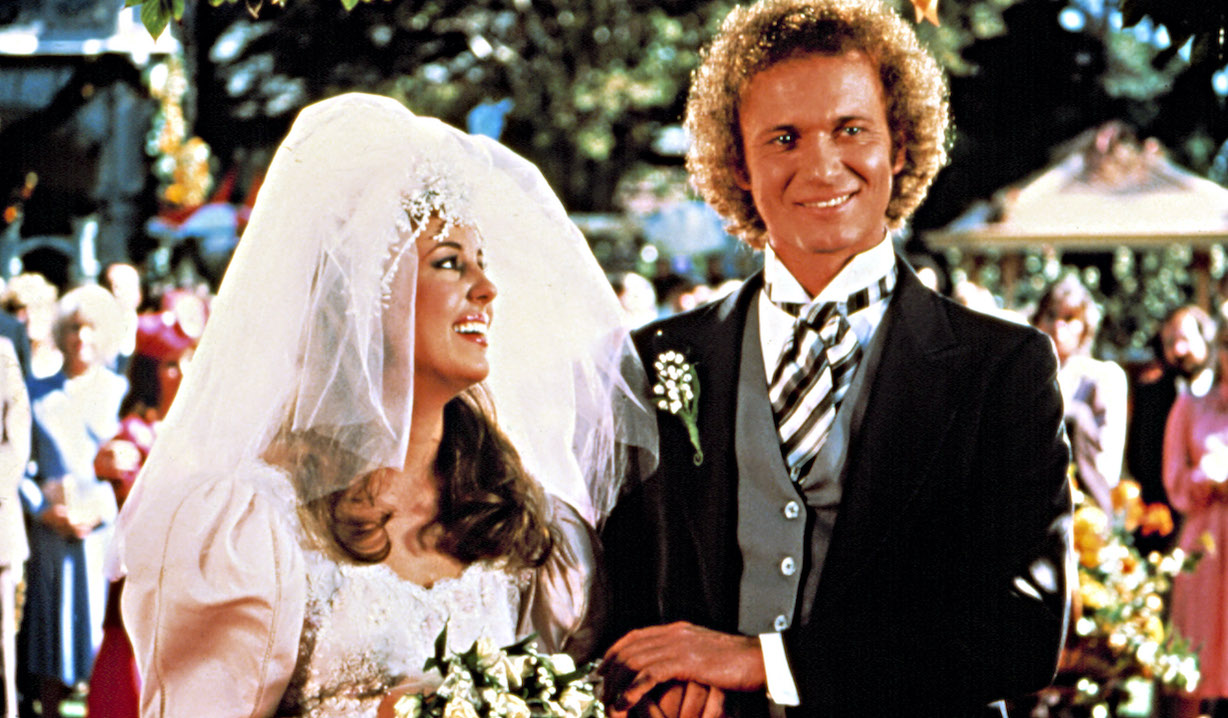 It was 40 (!) years ago November 16 that General Hospital threw the wedding of the millennium. But to those of us who were there — well, watching, anyway — it seems like only yesterday.

Great Expectations
While on one side of Port Charles, young divorcée Laura Baldwin was admiring her beautiful gown, on the other, her groom Luke Spencer was making an announcement to anyone within earshot: “Hello, Port Charles,” he hollered from his balcony. “Lucas Lorenzo Spencer, king of the single life, is giving it up today!”

Though nothing could wipe the smile from Laura’s face, she did admit to her mother Lesley Webber that she was troubled by Helena Cassadine’s visit to Port Charles. Since her husband had died in Luke and Laura’s successful attempt to keep the madman from freezing the world, she knew that Helena couldn’t have flown in to offer her best wishes.

Something Borrowed, Someone Cruel
How right Laura was, the Cassadine matriarch cursed the couple — and would continue to haunt them for decades after. But that’s another story for another day…

Before the ceremony, Luke paid a visit to Ruby Spencer, the beloved aunt who’d raised him and sister Bobbie, and promised that even after he had a wife, he’d always need her. Then, at last, it was go time. 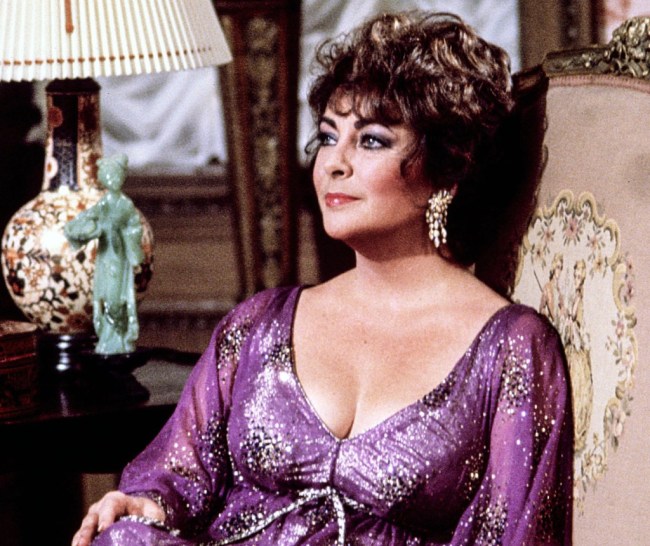 Above: For better or cursed, Helena watched the wedding from afar.

Vow and Forever
As Laura was escorted down the aisle by stepfather Rick Webber, Luke did his best to keep his heart in his chest. He couldn’t believe that the woman of his dreams was strolling toward him, to become his for all time.

When the officiant spoke, he told Luke and Laura’s friends and family what, frankly, they already knew. “The two young people before us, through their love for one another, remind us of what it is that makes life precious to all of us — love, loyalty and courage.

“Together in the face of extreme danger to themselves,” he continued, “they overcame powerful forces that sought to destroy Port Charles and its people, even the entire world.” 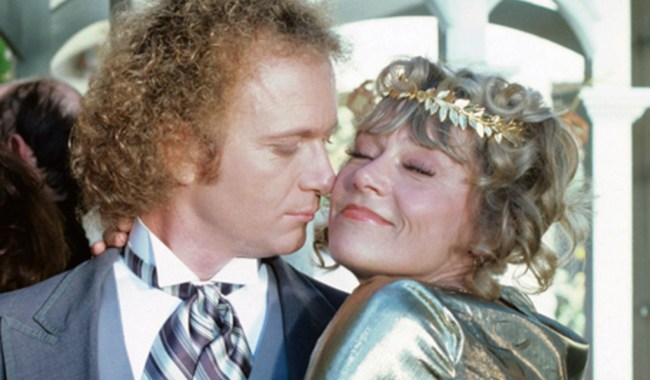 Wedding Crasher
Miraculously, no one spoke up when the officiant asked if anyone could show “just cause” to object to the marriage. After the reception, however, somebody raised a big stink. First, Luke tossed Laura’s garter — which Rick caught. Then…

Oh boy. Then, Laura threw her bouquet. Both half sister Amy Vining and pal Tiffany Hill were willing to tackle anybody who came between them and it, yet it was caught by Scotty, the husband Laura had dumped in order to run off with her rapist.

Needless to say, a fight ensued, after which Scotty got what he thought was the last word: He was going to contest his and Laura’s divorce, thereby invalidating her marriage to Luke. “The hell you are,” seethed the groom.

Instead of take the bait that his nemesis was dangling, Luke reassured Laura that they were one — and they always would be. With that, they took off on a honeymoon that they hoped would never end. And we in the audience… we just sighed dreamily.

‘I Dos’ That Can’t Be Outdone
Even now, all these years later, the wedding of Luke and Laura remains daytime’s gold standard, not only a beautifully produced affair full of romance and surprises but the most-watched episodes of daytime television in soap history. (Thirty-million viewers RSVP’d yes!)

To relive the magic of Luke and Laura’s wedding, click on the below photo gallery, which takes you all the way from their inauspicious beginning to that gorgeous ceremony and, finally, their bittersweet ending. 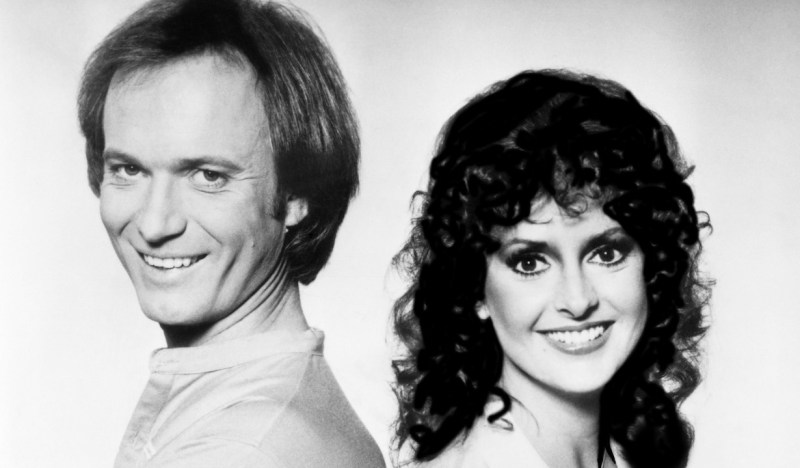 Who Ya Gonna Call?
Luke never would’ve laid eyes on his future bride, had scheming sister Bobbie not enlisted the scoundrel’s help to separate her crush Scotty from his significant other, Laura. 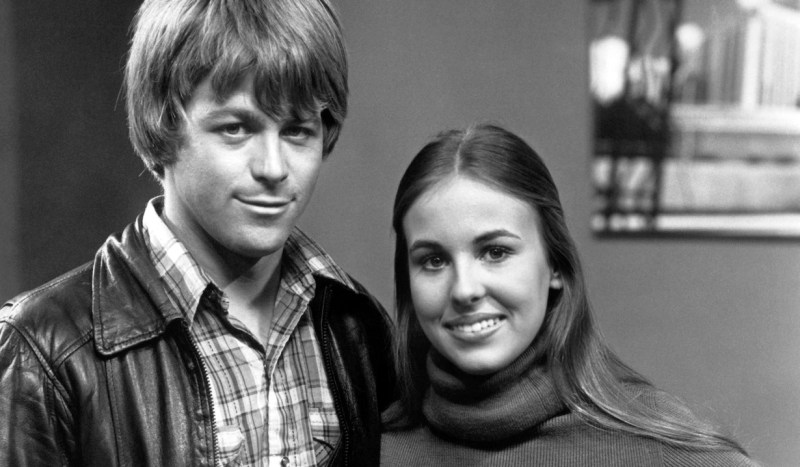 From ‘I Do’ to ‘We’re Doomed’
The honeymoon ended quickly for Scotty and Laura, who found herself fascinated by streetwise Luke, her boss at the Campus Disco. 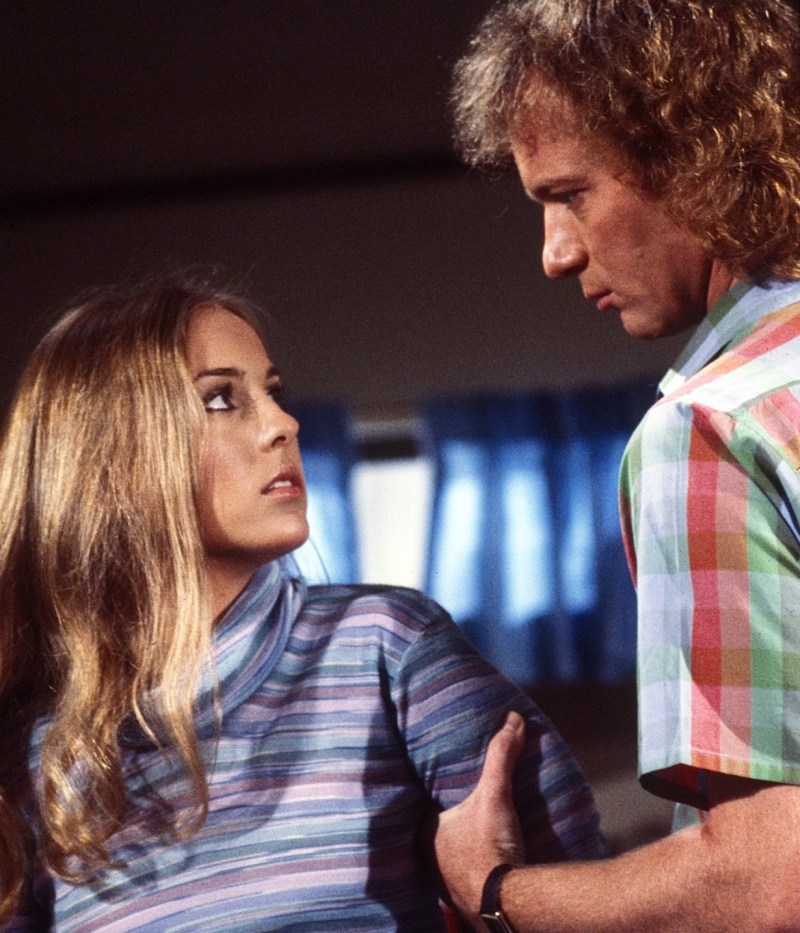 It Happened One Night
Thinking that he was a dead man walking, Luke acted on his attraction to Laura in the most awful possible way: He forced himself on the object of his obsession. 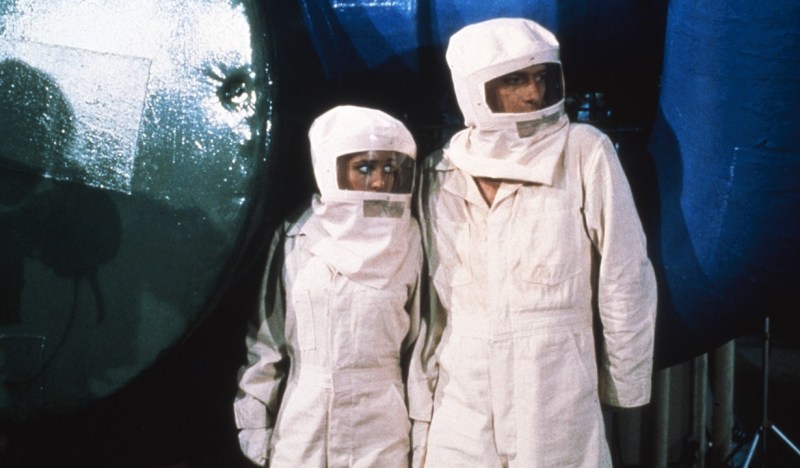 Chillin’
Despite Luke’s unthinkable act of violence, Laura couldn’t shake her feelings for him. By the time they’d prevented Mikkos Cassadine from freezing the world, they were madly in love. 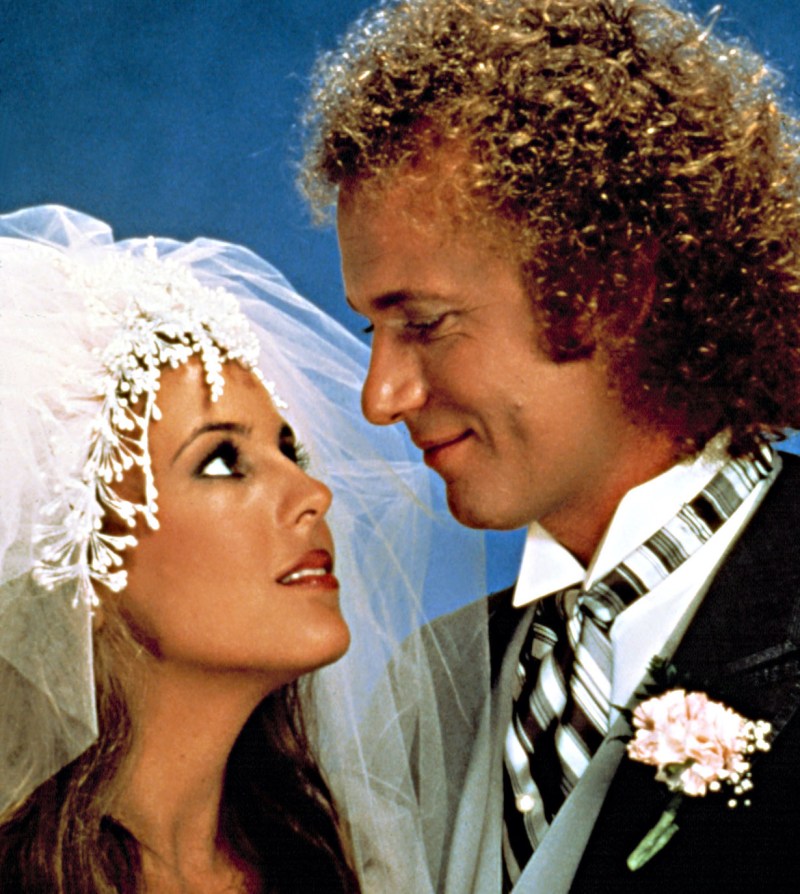 Let’s ‘I Do’ It
On November 16, 1981, the wedding of Luke and Laura began. On the guest list: 30 million viewers, the biggest audience in soap history. 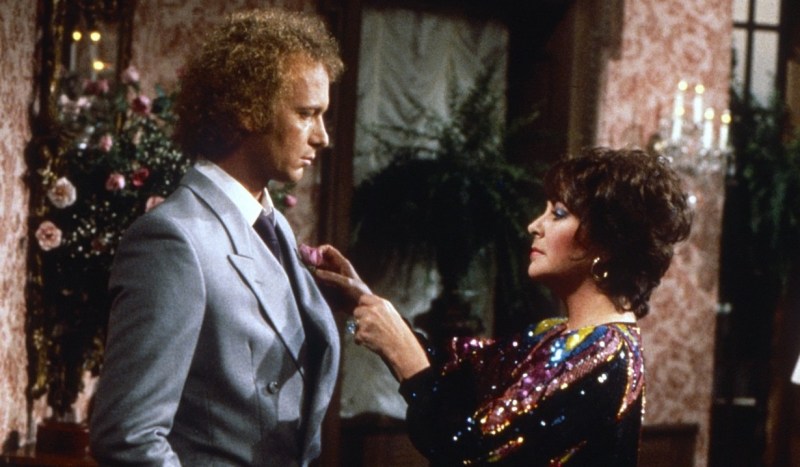 Wedding ‘Presence’
An unexpected — and unwanted — guest at the nuptials was Mikkos’ widow, Helena Cassadine (yes, that’s Elizabeth Taylor). While everyone else made toasts to the happy couple, she cursed them. 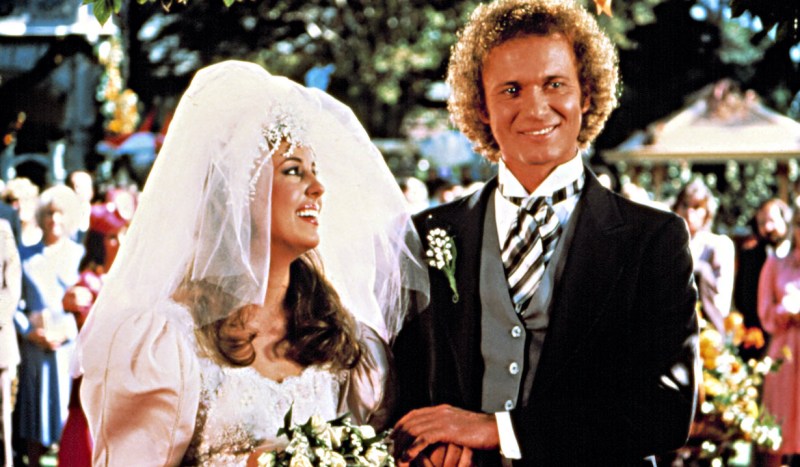 Well, ‘Aisle’ Be
Despite the Helena-shaped shadow looming over them, Laura made an honest man of Luke. Well, as honest as he was ever gonna get. 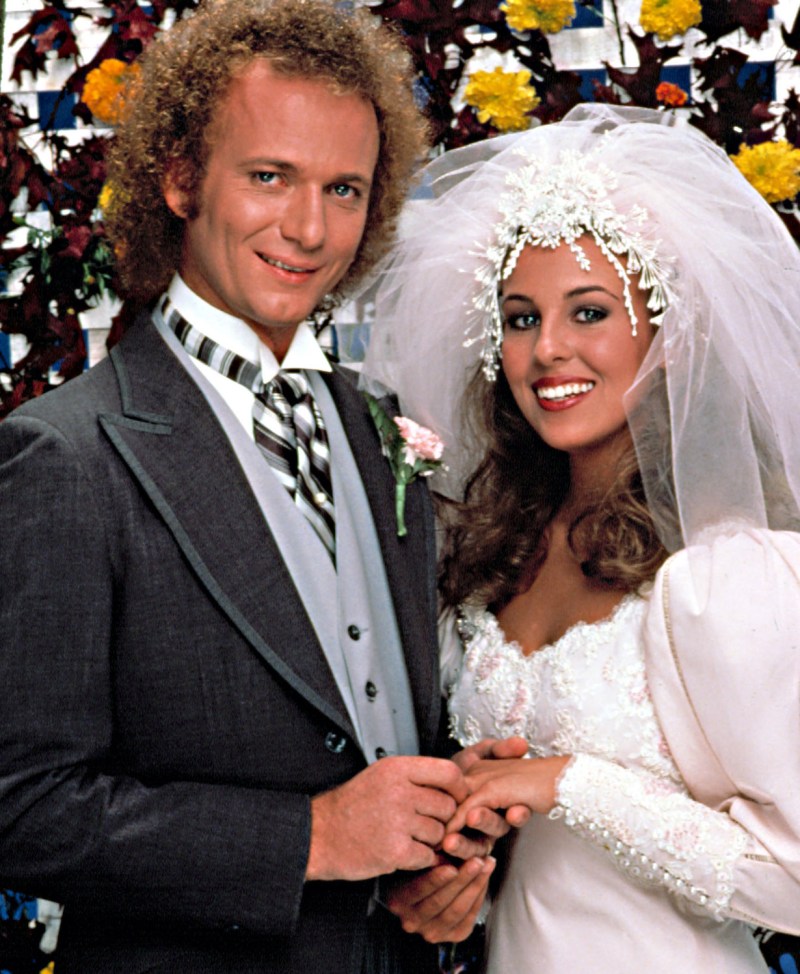 Ring Leaders
The Spencers immediately got a taste of how tumultuous their married life would be when the bride’s bouquet was caught by none other than her bitter ex, Scotty. 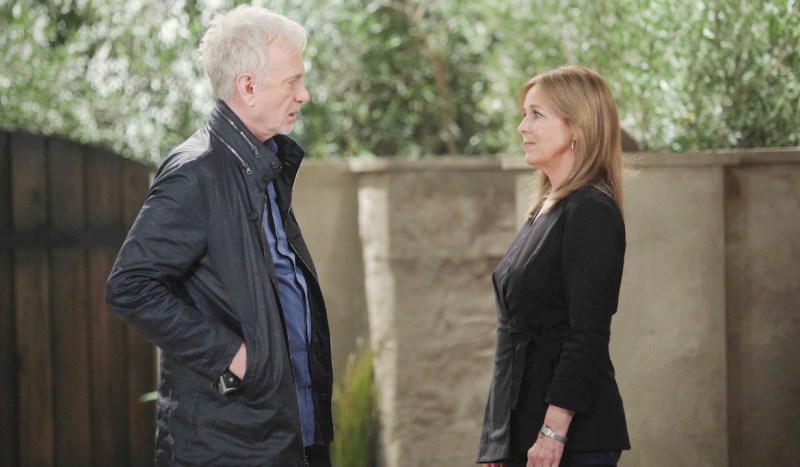 All Good Things Must Come to an End
In the decades that followed, Luke and Laura gave it a good shot. A lotta good shots, actually. But when Anthony Geary retired in 2015, their love story came to an end. 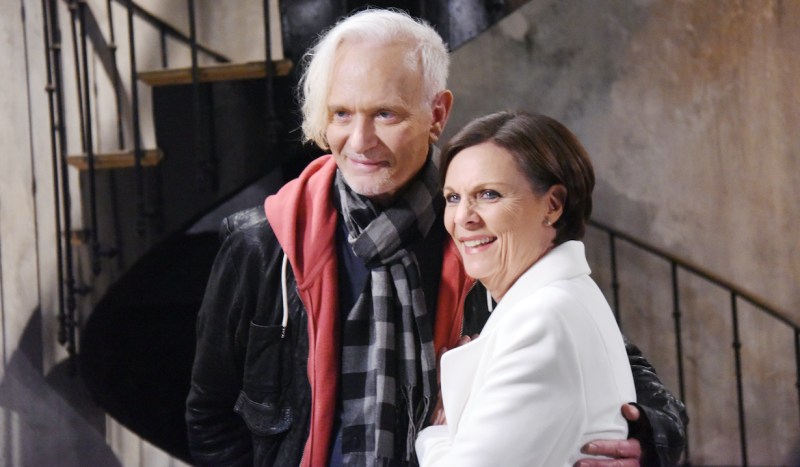 The Other Woman
When Geary returned to General Hospital in 2017, it was only very briefly, so that as Jane Elliot left, they could reunite the Bickersons, Luke and Tracy Quartermaine. 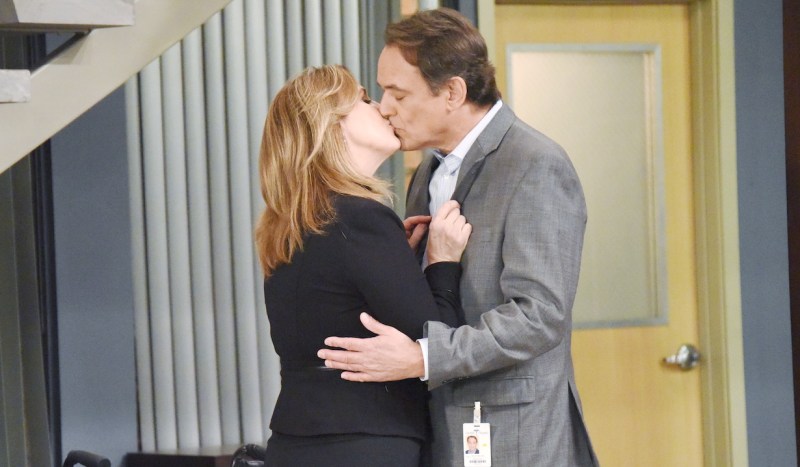