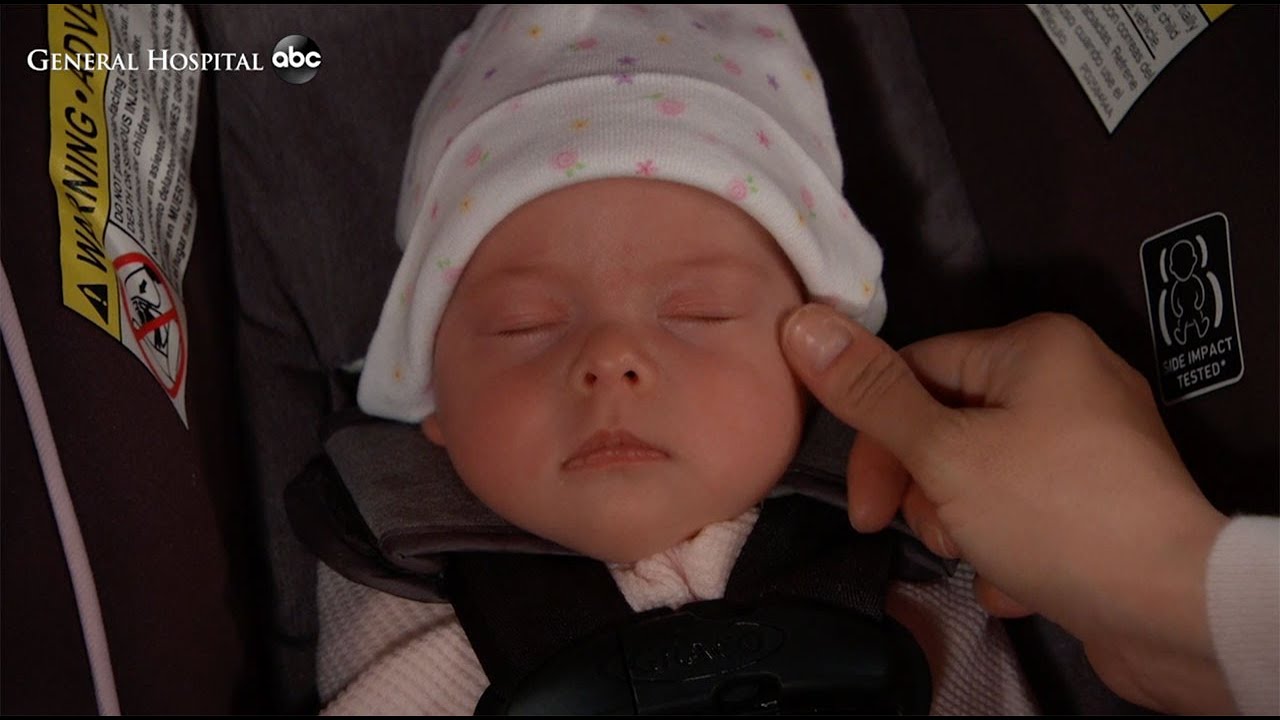 As per the latest speculation, Valentin, Chase, and Austin might come together to protect her from Peter. What will all happen? Here is everything to know.

Maxie And Brook Have Been Keeping A Secret
General Hospital viewers who have been keeping up with the soap know that Maxie and Brook are keeping a secret. Brook’s baby “Bailey” isn’t Bailey, but she is Maxie’s baby- Louise. Back in the time, Brook was faking her pregnancy to get her hands on the ELQ shares Valentin held. So, she needed a baby that she could call hers.

On the other hand was Maxie, who wanted to give her baby to someone to protect it from Peter. So, Maxie and Brook came up with a plan where Brook would take Maxie’s baby and introduce it to everyone as her own while Maxie tells everyone that her baby was kidnapped. So, they worked with the plan where Brook sold the lie that “Bailey” is hers and Valentin’s child after they had a one-night stand. But now, it looks like the truth is about the come out.

General Hospital: The Truth Is Out
The latest General Hospital spoilers suggest that the truth will come out soon. GH viewers who have been keeping up know that Gladys recently came to know that “Bailey” isn’t Valentin’s daughter. While she hasn’t yet told it to him, we know that she has a big mouth, and it won’t be long before she blabs the truth. So, once Valentin comes to know that “Bailey” isn’t his daughter, he will be heartbroken.

However, more spoilers suggest that isn’t where he will stop. It looks like Valentin will look into it and come to know that “Bailey” is Maxie’s baby Louise. But, if the speculation is to be believed, Valentin might do the gentlemanly thing, and he might promise Maxie that not only will he keep Louise safe. But he will also end Peter’s reign of terror. He will understand why Maxie and Brook did what they did and might say that while “Bailey” isn’t his biological daughter, he loves her just like one and would be ready to take care of her and keep her safe.
Chase Steps Up
More General Hospital spoilers suggest Valentin won’t be the only one to protect the baby. As per Soap Dirt, some other characters might come to know the truth, and they might step up. Other than Valentin, spoilers suggest that Chase might come to know the truth. He is feeling determined to find Louise, and he will put his detective work at work and soon figure out that “Bailey” is actually Louise.

As the spoilers suggest, not only will he take on the role of “Bailey’s” fake baby daddy after Gladys tells the truth, he will vow to protect the baby from Peter and any other harm possible.

General Hospital: Austin Comes To Help Too
A third person who might come to know about this truth is Austin. He is anyway digging around Brook. GH viewers know that Brook recently threatened his medical license. And now, he is digging dirt on her. So, it is likely that he might come to know that the baby isn’t Brook’s, and he might want to use it. However, Austin cares about Maxie, and he might also understand that protecting the baby is the priority.

So, it is likely that these three men might join hands to keep the baby safe from super-villain Peter. General Hospital spoilers suggest that some very interesting action is coming up on the soap in the upcoming days. So, make sure you tune in and enjoy. In the meantime, Tvseasonspoilers.com will keep passing on all the updates about the soap as it surfaces. Keep an eye on this space.