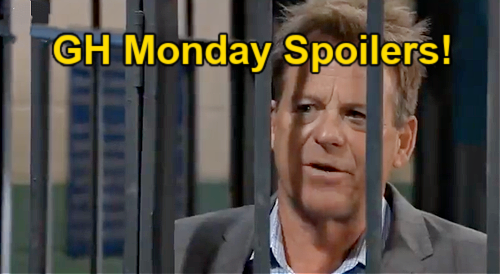 At the gallery, it looks like Trina Robinson (Sydney Mikayla) will be rattled after her latest confrontation with Esme Prince (Avery Kristen Pohl).

Trina stood up to Esme and acted calm under pressure, but Esme is a little unnerving to say the least! 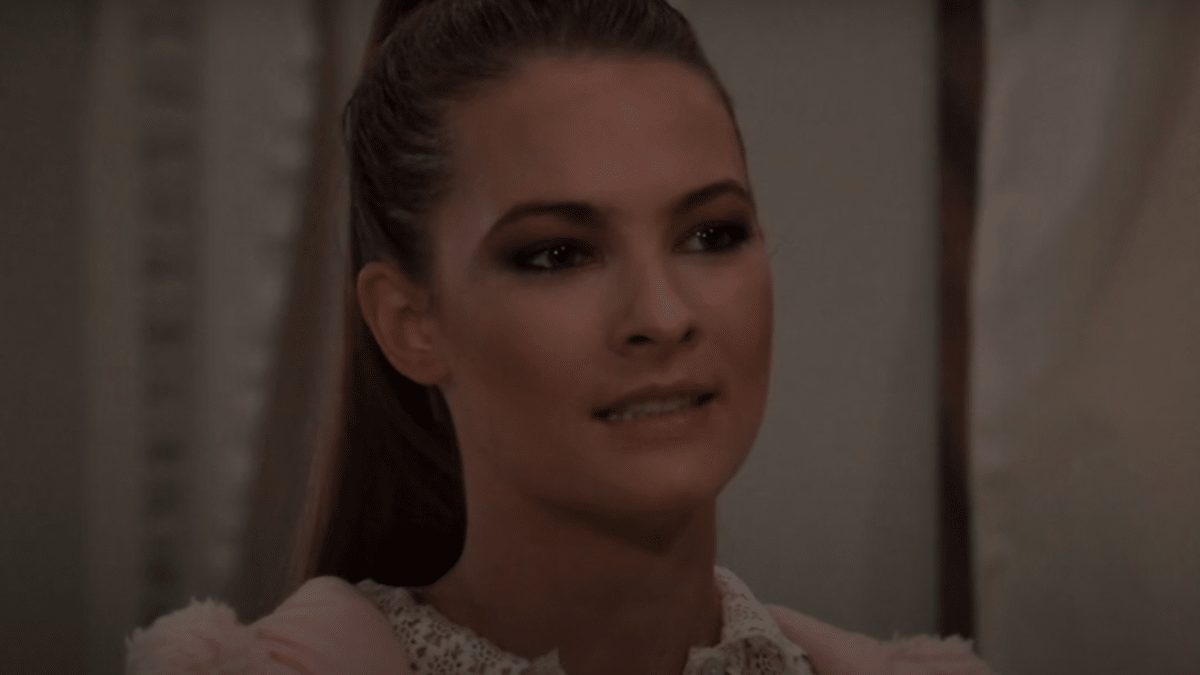 Fortunately, Trina will have a chance to open up to Portia Robinson (Brook Kerr) and get some advice ahead of the new National Geographic Photo Ark exhibit. Portia should help Trina shake off the tense encounter and concentrate on this amazing night. 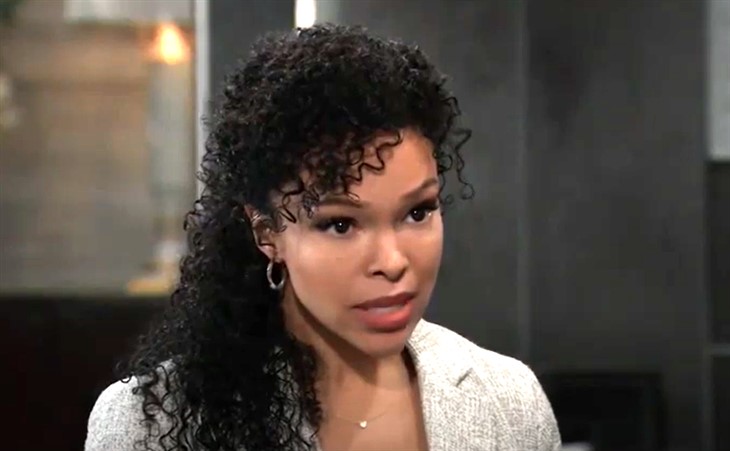 When Brando and Sasha bump into Gladys, they’ll sense that she’s in a foul mood. Gladys faced several rounds of pressure and unpleasant conversations, so it’s easy to see why she’ll be fed up and may just want to go home.

However, Brando will urge Gladys to come to the gallery exhibit opening and point out that it’s rude to turn down an invitation.

Sasha should back Brando up as they try to lift Gladys’ spirits – and Gladys will eventually decide she can never pass up the chance at a party! 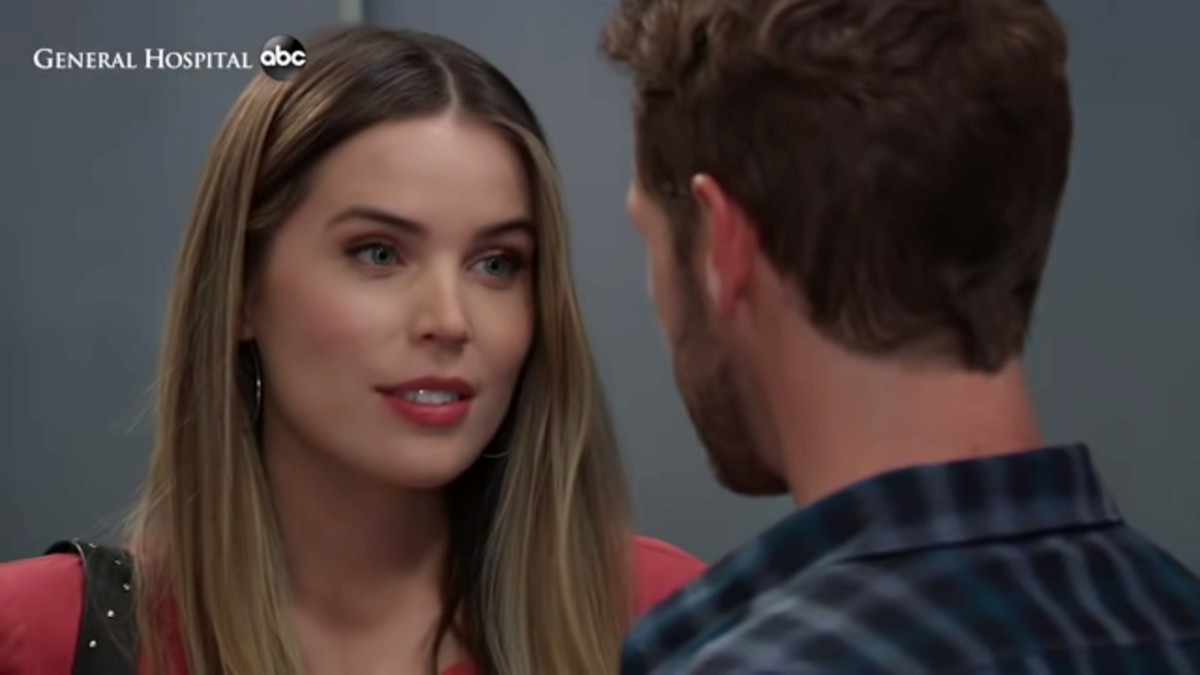 Outside Kelly’s, Harrison Chase (Josh Swickard) will keep pushing for the truth about the night “Bailey Quartermaine” (Harper and Scarlett Bloom) was born.

Chase won’t think he’s getting the real story and will want Brook Lynn to trust him enough to come clean.

Brook Lynn may repeat her lie about “Paulie” being the “baby daddy,” but she’ll want Chase to leave all this alone.

“We’ve got a good thing. Why mess it up?” Brook Lynn asks in Monday’s GH preview video. She may argue that Valentin is happy as “Bailey’s” father and act like “Paulie” is a scoundrel who doesn’t belong around the baby at all.

No matter how Brook Lynn tries to explain things, Chase won’t be convinced of her honesty and will continue putting the puzzle pieces together in the coming episodes.

In the meantime, Gladys will see “Paulie” working as a cater waiter at the gallery. She’ll be floored when she overhears that his name is actually Kip and that he’s an actor on the side.

As for Ava Jerome Cassadine (Maura West), she’ll get into an argument with Nikolas Cassadine (Marcus Coloma).

It seems Esme will plot some art exhibit sabotage and rile Ava up in the process. Nikolas may think it’s best to let it go, especially if the event stays on track anyway.

“Maybe you can, but I can’t” Ava tells Nick angrily in Monday’s preview clip. It’s clear that Ava will be ready to unleash her wrath, so Esme may be on the receiving end of it.

Next, Scott will have an offer for Victor to consider. He’ll ask if Victor wants to walk out of lockup free as a bird, so Victor will definitely be interested.

Scott will vow to help Victor get the immunity he’s seeking – but only if Victor will help Scott find Liesl Obrecht (Kathleen Gati).

Over with Robert Scorpio (Tristan Rogers), he’ll hint about a way of making something happen.

Valentin will also tell Anna Devane (Finola Hughes) that they can’t avoid making a deal with the devil, so this is all building to Victor scoring full immunity.

At The Savoy, Curtis Ashford (Donnell Turner) will lash out at “Marshall” (Robert Gossett) aka the mystery man and demand to know “what the hell” he’s doing there.

Curtis will wonder why this guy’s been grilling his loved ones and making moves that affect his nightclub.

General Hospital spoilers say Curtis will face stunning news thanks to this mystery man’s revelation, so it seems likely this is the dad he believes is deceased.

It sounds like Monday’s episode will be packed with excitement, so stay tuned!