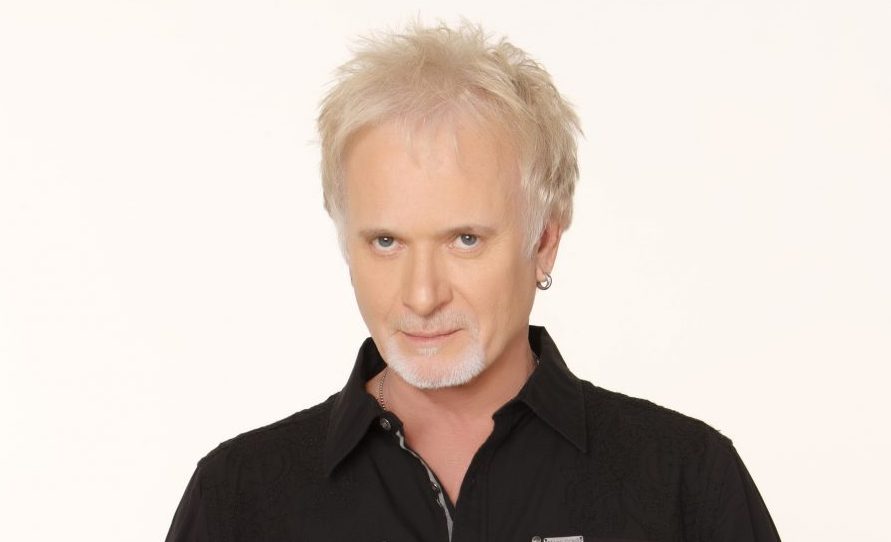 General Hospital spoilers for the week of January 17, 2022, are out, and it reveals that this week will be an emotional rollercoaster. First, Brick returns, and he will have a warning. Carly will continue struggling, and everyone will come together for Luke. There is speculation that Peter might escape too. So, many PC residents will be rather concerned about it.

But Drama and threat aren’t all that’s there in the upcoming week. There is a lot of romance coming up. Epiphany and Marshall will come closer, and Valentin-Anna will also make a decision. What would they decide? Here is all about it.

General Hospital: Brick Returns With A Warning
Starting the week of January 17, 2022, a familiar face will pop back up and bring a warning with him. This face is none other than Brick, who is all set to return to Port Charles. Spoilers suggest that he will come and give Sonny a heads up on something. It looks like a new threat is looming, and he will want to give Sonny an idea of what could be happening.

While Sonny deals with whatever Brick has to say, his very angry better half, Carly Corinthos, will stick to her word. She will also get an unexpected visitor. By the end of the week, she will meet up with Bobbie and have a heart-to-heart conversation. Would she tell her about everything that she is going through? It is likely.

Luke Spencer’s Memorial
The upcoming week of January 17, 2022, will also see Luke Spencer’s memorial. All the Port Charles residents will gather at the Haunter Star for this. Tv Season & Spoilers suggest that Dante will be rather concerned about how Sonny is keeping up, and Tracy will be struggling too. General Hospital spoilers also suggest that things will turn bad at the Charlie’s. What could this be about? We will know soon.

General Hospital: Britt Needs Some Help
Across the town, Britt will reach out to Nina, asking for a favor. Felicia will also reach out to Austin and ask him for some details. Speaking of Britt, her friend Maxie will also be struggling a lot. Something will push her buttons, and that will leave her distraught. Has Peter escaped again? That really is something that could tie this whole spoiler up. So, we will have to wait to know.

Dynamics Are Changing
General Hospital spoilers for the week of January 17, 2022, reveal that things will be changing for Brook and Chase in the upcoming days. Now, we don’t know if it will be in bad terms or good ones, but whatever the case might be, some dynamics will be altered. Later on, in the week, Brook will overhear something that will leave her shocked. What is it? We will have to tune in to know.

General Hospital: Romance Is In The Week
The week of January 17, 2022, will be the week with a number of emotions. Characters will be sad over Luke’s passing, there will be a lot of langer because of a number of things, but one emotion that we could not miss out on was romance. The upcoming week will also bring some romance. The spoilers suggest that Marshall will visit GH looking for Epiphany.

The speculation of both of them coming together had started making rounds recently. So, this could have something to do with that. Speaking of romance, Valentin and Anna will also have a tough conversation where they will speak about where they stand. Would they decide to give their relationship another chance?

Curtis Is Everywhere
Elsewhere in Port Charles, Curtis will be everywhere in the town. First, he will take some time and catch up with our favorite mayor. Then, he and Drew will come together to come up with a plan. More related spoilers suggest that Curtis will also be waiting for some news. This could easily have something to do with Marshall.

General Hospital: Brando Sheds Off Some Heat
General Hospital spoilers for the week of January 17, 2022, suggest that Brando will continue struggling with how everything is going on in his life. So, he will head to the gym to let some heat off. He will find TJ there, who will not only help him with the boxing, but he will also speak to him about the struggles. So, Brando might tell him something.

While Brando does this, Sasha will do everything she can to find her peace. However, there is speculation that Sasha might fall off the wagon. Would she end up taking ᴅʀᴜɢs again?

Liz’s Unexpected News
As we come closer to the end of the week, Cameron and Elizabeth will get some news that will leave them shocked. It looks like this will have something to do with Peter. What could be that Devil has in mind? More related spoilers suggest that Finn will be struggling with his past. Now, we don’t know if this has something to do about the ᴅʀᴜɢs or his love life. But, it will be either of the two.

General Hospital: More Spoilers
Rounding off the week of January 17, 2022, will be Alexis, who will start second-guessing her choices. She is making some huge changes in her life. So, that could be taking a toll on her. Other than that, the Girls of Port Charles, namely- Liz, Portia, and Terry, will come together for a girls’ gossip session.

But what would they talk about? Only time will tell. General Hospital airs on ABC all weekdays. So, make sure you tune in and enjoy.