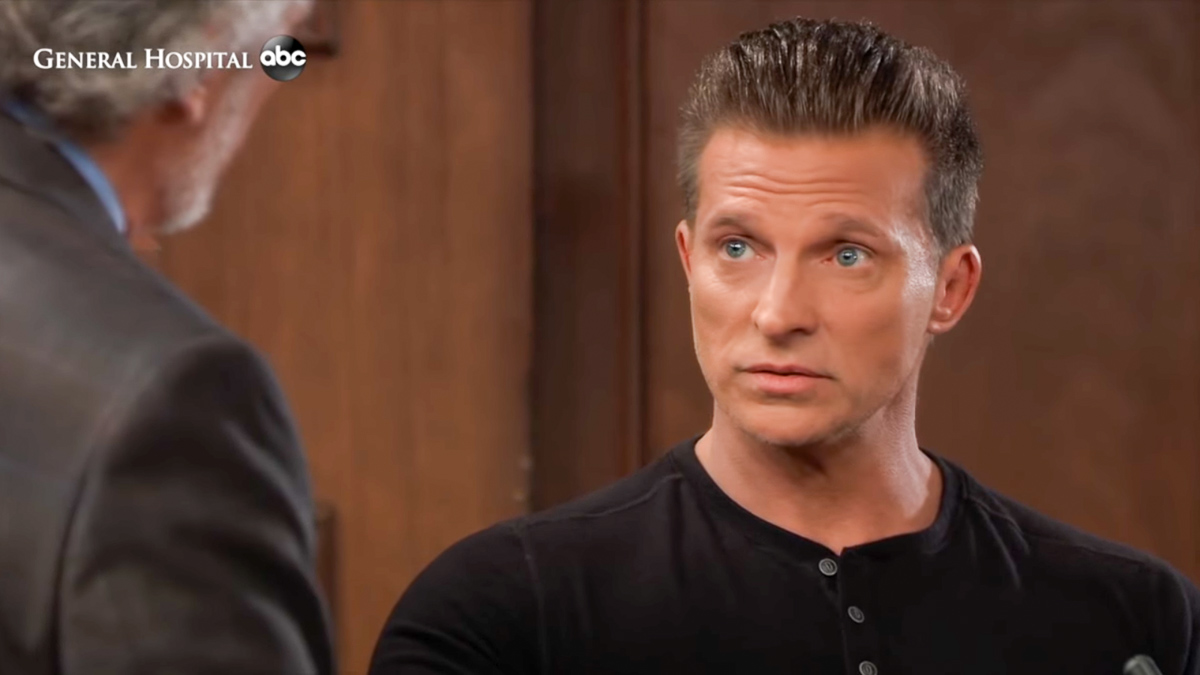 General Hospital spoilers for Monday (November 22, 2021) are out, and it reveals that this episode will be the start of the end. Steve Burton might be leaving the soap, and this episode will start the storyline of his exit. However, that isn’t all that will happen. Ingo Rademacher is leaving too. So, this will be his final episode. As for what will happen storyline-wise, Drew will try to save Britt and Liesl from a casualty in Cassadine Island, and Robert will make a threat. Chase will be disappointed in Brook, and Brando-Sasha will be worried. Nina will also make a confession that will leave both her and Sonny emotionally. What would she say? Here is everything to know.

Jason’s End Is Near
General Hospital viewers know that there is speculation that Steve Burton is being let go. So, his character Jason Morgan will either go missing or ᴅɪᴇ in the upcoming episodes. From what the spoilers suggest, it looks like that storyline will start enrolling in the upcoming episode of November 22, 2021. In the upcoming episode, viewers will get to see Britt, Liesl, Drew, and Jason as they pay the price for Peter ignoring the warnings about how dangerous the Cassadine Island is.

All of them will be in a tunnel after the shootout, and GH spoilers suggest that the tunnel will start to collapse. There will be a lot of chaos there, and Jason will get separated from the rest of the gang. He will be pinned under the rubble. Britt will want to go back and save him, but it looks like Drew will take charge. He will want to make sure that Britt and Liesl are out of there before the whole tunnel comes crashing down.

After that, he will leave them in a safe place and go back looking for Jason. However, something tells us that when he reaches there, he will realize that he can’t get Jason out. More rubble will rain down there, and everyone will then assume that Jason ᴅɪᴇᴅ there. This will be a presumed ᴅᴇᴀᴛʜ. So, not only will it keep a door for Jason’s comeback open, but it will also fulfill the storyline.

General Hospital: Robert Makes A Threat
Back in Port Charles, GH spoilers suggest that Robert and Anna will come to know about everything that has happened in Cassadine Island, and they will be shocked. The preview video for Monday (November 22, 2021) reveals that Robert makes a declaration where he says that he will use any excuse to shoot someone. It looks like this will be about shooting Peter August. Peter might escape the Island once again and stay missing in the upcoming days. So, the search for him will be on.

Chase Steps Up
On the other end of the town, Chase will have some explaining to do. GH viewers know that Chase just stepped up and claimed that he was “Bailey’s” father. So, he will have to clear things up to Valentin. Chase will spin the whole thing and act like he just came to know that he was the father of the baby. But, Valentin will find it hard to believe, and he might continue being suspicious. More related spoilers suggest that Chase will tell Brook that he won’t forgive her ever. However, the truth is that he understands why Brook and Maxie did what they did, and he will want to help them save the baby from Peter.

General Hospital: Brando Is Panicking
General Hospital spoilers suggest that Brando will be in panic mode, and he will have good reasons for it. Sasha just gave birth to their son, and Brando knows that something is wrong with the baby. Not only that, but spoilers also suggest that Sasha will start hemorrhaging, and this will push him further. However, the good news is, Sasha will soon start stabilizing. But, there will be some lingering complications with the baby. So, these new parents will be concerned as they wait for updates on their baby.

Nina Gets Emotional
Further, General Hospital spoilers for November 22, 2021, suggest that Nina will get emotional about something. She will be in tears when she talks about how she isn’t strong enough to give something up. Celebdirtylaundry.com

reports that this could be about the life she had found with Sonny in Nixon Falls. Seeing all of this, Sonny himself will start getting a little emotional, and the two of them might have a little moment there.

General Hospital: Carly Is Shocked
Speaking of Sonny, spoilers suggest that his wife will be shocked when she runs into Jax in the November 22, 2021 episode. GH viewers know that Ingo Rademacher is leaving the soap after the vaccine mandate. The upcoming episode will be his final episode on General Hospital. So, it looks like Carly will run into him, and he will tell her that he is leaving Port Charles. So, this will surely be something that fans must not miss on. General Hospital airs on ABC all weekdays. The upcoming episode will not only be Ingo’s last episode; it might also start the storyline for Jason’s exit. So, make sure you tune in and enjoy.