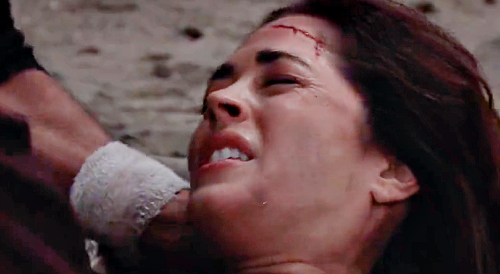 Following the chaotic events on Cassadine Island, Britt will need someone to lean on.

That someone will turn out to be Austin on November 30. Once Britt is back in Port Charles, she’ll connect with Austin and open up about her problems.

Austin will do the same, so he’ll strengthen his bond with Britt and perhaps start to see her with new eyes.

Although Britt is Austin’s boss, General Hospital may not let that stand in the way of a steamy romance.

Jason’s exit means Britt won’t be able to reconnect with him and find a way forward together.

That’s a bummer since Britt and Jason gained a lot of fans who would’ve liked to see them have a real shot. Nevertheless, the show must go on – and that means finding a different romantic path for Britt.

Austin has been interested in Maxie Jones (Kirsten Storms), but she’s definitely jerked him around due to the secrets she’s keeping.

Maxie recently lashed out at Austin and cut off their friendship, so he’ll be feeling down in the dumps along with Britt when they talk.

After Britt and Austin do some commiserating, she’ll assume something about him on December 3.

That could tie in with Austin’s feelings for Maxie, but it could also relate to his own medical background.

Some viewers suspect that Austin has been so committed to helping Leo Falconeri (Easton Rocket Sweda) because he potentially has autism, too.

Austin could easily be on the spectrum, so Britt might make that assumption based on his behavior and her expertise as a doctor.

Regardless, we’ve got multiple spoilers that seem to be pulling Austin and Britt closer.

Even if Austin is stuck pining for Maxie for a while, he may also open himself up to the possibility of falling for somebody new. Britt may fall for Austin as well and set the stage for a budding GH relationship.

"I will never forgive you for this." #GH pic.twitter.com/zdHLXPpJWo