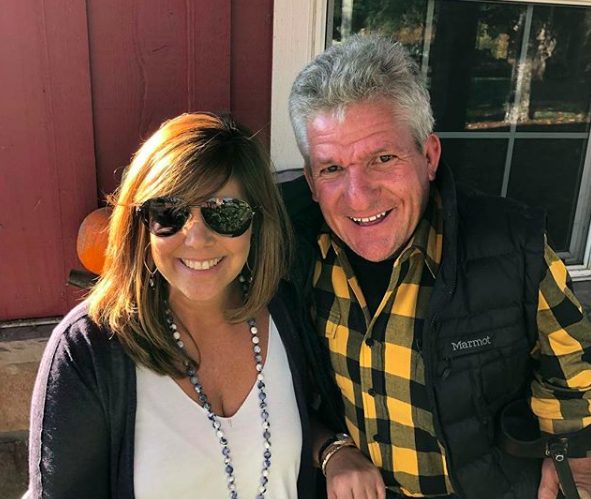 This year, the Roloff family is getting showered with some really good news, including three pregnancies and a grand marriage ceremony. However, it seems like this trail won’t stop just yet. Rumors say that another big wedding has commenced and is likely to feature in the next season. Though Matt and Caryn’s relationship started on a controversial point, they have now become a fan-favorite couple. Little People Big World fanbases heartily ship the pair and have been waiting for them to tie the knots. Have they secretly married already? Here’s your tea for the day.

Little People Big World: Did Matt Marry Caryn Secretly? Wedding To Feature On Next Season?
After Amy Roloff and Chris Marek’s big farm wedding, fans are hoping Matt and Caryn jump on the bandwagon. The couple’s relationship started on a blurry note as people have different opinions on how it began. Well, the majority believes that Amy was right to criticize Matt for cheating on her with the farm manager. However, the Roloff patriarch’s fans support him by saying that he only started dating Caryn after he and Amy were done. Whatever be the truth, Amy still holds grudges against her ex-husband, who she claims was unfaithful. Anyways, Amy-Chris and Matt-Caryn still share a good relationship and often hang around each other.

Matt and Caryn have previously said that they had been waiting for Amy to tie the knots before they take the big step. The couple highlighted that they didn’t want to steal the LPBW mom’s light by doing that. However, now that Amy and Chris are husband and wife, Matt might not wait to pop the question. Amid this, the couple has almost disappeared from social media since Amy’s wedding. But, they recently went on a long and dreamy vacation to Mexico. So, fans are speculating that the pair might have already tied the knots and are waiting for TLC’s approval to announce it publically.

Little People Big World: Chris Drops The Secret, Did Matt & Caryn Tie The Knots On The Farm?
It seems like the Little People Big World stars have already talked about Matt and Caryn’s wedding day before. While they are still hiding their plans from the fans, the Roloff patriarch and Amy’s new husband might have already had the talk before. Many won’t remember, but Chris had accidentally mentioned Matt’s wedding on the show before. While talking about his own wedding, Marek said they would come up with “some great ideas” for Matt and Caryn for the “following year”. This suggests that the popular celebs might be planning to get married in the next year.

Well, even if the hidden marriage rumors turn out to be false, it’s highly likely that Matt might propose to his lady love in the coming days. In that case, a 2022 wedding is pretty plausible. What do you think? Do you like Matt & Caryn together? Tell us in the comments below.