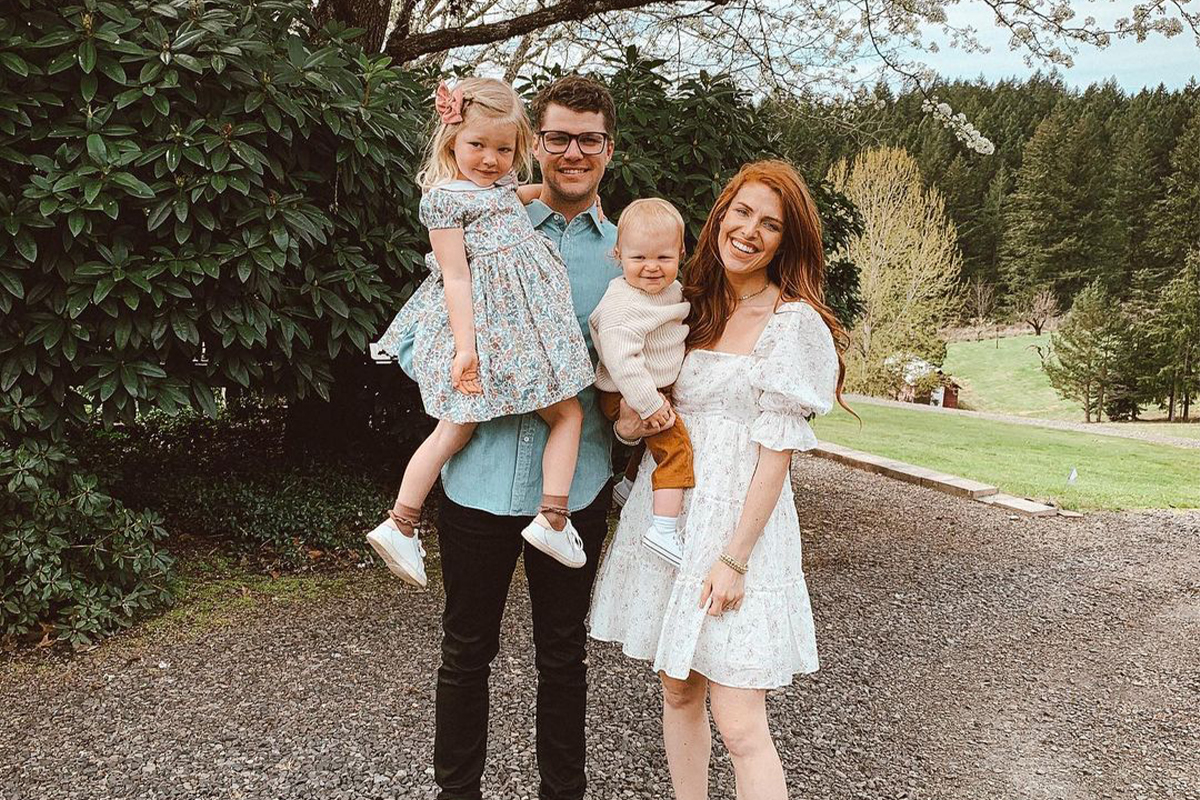 Former reality show couple from Little People Big World, Jeremy and Audrey Roloff, might just be moving into a new property. It is no secret that Jeremy and his dad Matt Roloff have often locked horns over the Roloff farm’s inheritance. In fact, LPBW fans have also raised a lot of speculation. They believe the elder son will start afresh by buying land of his own soon. Some recent updates by Jeremy hint that he might be doing just that! Keep scrolling to know the entire story!

LPBW: Was Jeremy In His New Land During Thanksgiving?
Both Audrey and Jeremy Roloff have often talked of getting a dream house for themselves. Just like Roloff farms, they also want to live in a farmhouse with plenty of open areas for their three kids to play in and explore. The couple even went to a century-old property this year for scouting purposes. Audrey was 7 months pregnant with baby #3 back then. However, it looks like there have been recent developments with their search. Jeremy Roloff took to his social media to share some videos of his family. In it, his kid Bode was play ing in a vast land that had lush greenery.

These posts made the fans wonder whether they had actually finalized their anticipated dreamhouse. Looks like the couple took a break from the hunt after their third son Radley Knight Roloff was born. They seem to be back at it again. Apparently, they seem to have enjoyed Thanksgiving outdoors too. Could it be that they were in their new land in these posts? However, some other fans also pointed out that Audrey’s family also owns farmlands by the name of Botti Farms. Hence, it is likely that the family spent the holidays there.

LPBW: Matt Roloff Refused To Let Jeremy Take Over Roloff Farms
As the reality show LPBW progressed, fans realized how attached family patriarch Matt Roloff is to his land. After all, he made the iconic Roloff Farms a business venture. In the TLC show, he often said that he would divide the land among his four kids equally to take over. But, unfortunately, he recognized that the kids weren’t as passionate about the farm as he was. Hence, he decided to hand it over to just one of his kids. As the elder son Jeremy seemed to be the most responsible one, fans believed he’d be the one to take over the property soon.

However, things took a shocking turn when Matt wanted to give Zach the land. This left all the fans shocked. Despite this, Jeremy offered to buy the farms. The eldest Roloff rejected that offer as well. Some fans claim that’s because he must have wanted the cash upfront

instead of indulging in installments. This led to a dispute between the father-son duo. The latter believed he will be inheriting the land free of cost like it usually happens in families with business empires. Alas, that wasn’t the case with the Roloffs, and no deal worked out.