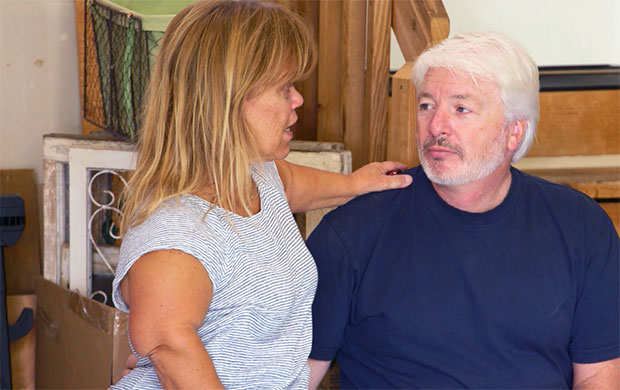 Amy Roloff and her family have had their shares of ups and downs in the reality show Little People Big World. One thing that remained constant was their raw and unfiltered nature in the series. Speaking about that, the LPBW star got up close and personal about the significance of her reality show and husband Chris Marek’s involvement in it. Initially, she believed he would reject her! The duo tied the knot this year in August. Keep reading to know more!

LPBW: Amy Feared Her Fame Would Adversely Affect Relationship With Chris!
Little People Big World has documented Amy’s life for almost 22 years. As a result, the star often worried about not finding love again since her divorce from Matt Roloff. In a UsWeekly interview, she got honest about often thinking who “in heaven” is going to date her “being on this crazy show?” Luckily, things changed for the better and she met Chris Marek. Despite this, the TLC star still believed her fame has the power of affecting her relationship. After all, so many sides to her had been exposed through the show. Things again shocked Amy when her relationship continued for 5 years. More so, her now-husband also agreed to become a cast member of LPBW.

In the interview, the Roloff family matriarch also opened up about her divorce from Matt Roloff. The former couple had split after 27 years of marriage. As Amy found love in Chris, her ex Matt began dating his assistant Caryn, they are still together. Although she might not have understood it before, the reality show celebrity is glad that the divorce got documented for the audience. The 57-year-old now believes “benefits” and “opportunities” are greater than “moments of regrets” that were filmed. The mother of 4 recalls that the aim of the show was to expose the audience to a “unique family”. That’s because it has a mix of both small to average-sized people.

LPBW: Amy’s Ex Matt and Current Husband Chris Share A Great Bond
Another striking factor about the reality show is wholesome bonding despite twisted family dynamics. Matt Roloff being Amy’s ex-husband has welcomed Chris into the Roloff family with open arms. Although the Oregon native has been honest about not being used to the friendship between her current and former partner, she is trying to accept it. Fans have always hailed Matt for being respectful towards Amy’s new marriage and giving the couple his blessings. In fact, the duo was able to tie the knot at Roloff farms due to his permission.

Fans have seen multiple bonding moments between Chris and Matt in the reality show. Both of them have nothing but love between the two. Moreover, the Roloff patriarch even went for a getaway with his girlfriend Caryn when the wedding ceremony happened. His chilled-out attitude continues to woo the fans and they keep showering love on him. Upcoming adventures of the Roloff family will feature in LPBW season 23. The filming for the same is in process and the show will return on TLC.