Little People, Big World star Tori Roloff took a trip back to Portland, Oregon, after the family’s big move to Washington to treat her and Zach Roloff’s little ones to Disney on Ice.

“Guess where we are?!” Tori, 30, captioned a photo of Jackson, 4, and 23-month-old Lilah on her Instagram Stories on Thursday, November 12. She revealed in a video of skaters performing to a song from The Little Mermaid that they were in the audience of Disney on Ice.

“So stinking fun!” she added.

Jackson and Lilah were good as gold as they watched in awe of the production of “Dream Big.” The talented skaters performed to songs from movies like Moana, Coco, Frozen, Aladdin and more at Portland’s Veterans Memorial Coliseum.

The mother of two shared videos of the pair playing with a Mickey Mouse-shaped bubble blower and Lilah, wide-eyed, enjoying the show and waving to all of the performers.

“I may have cried,” Tori admitted. “But only because these kids loved it!!”

The TLC star even compared the two siblings to herself and her husband, 31.

“Lilah is her mom and outwardly shows her excitement. Jackson is his dad and observes all with a stoic position,” Tori wrote in a video that showed Lilah clapping as Jackson stood quietly watching beside his mom. “They both LOVED it.”

The trip to the ice show comes nearly a month after Tori announced the family had moved from their home in Portland to Battleground, Washington — just under an hour away from Roloff Farms.

While some fans worried that the move may have been too large of a distance, it doesn’t seem to bother the young family. Just last week, Tori shared videos via her Instagram Stories of a fun-filled (albeit rainy) trip to the Oregon Zoo, which is also located in Portland. Both the zoo and the indoor arena that hosted the Disney production aren’t that far from the farm, so it may be possible the kids stopped by to see their grandparents, Matt Roloff and Amy Roloff, and their step-grandfather, Chris Marek.

After the move, Tori reassured fans that the couple, who married in July 2015, and their children would still be a part of LPBW.

“You won’t be on the show anymore?” one social media user commented on her post announcing their move.

“Still filming,” Tori clarified. “Can’t wait to share all the madness with everyone!” 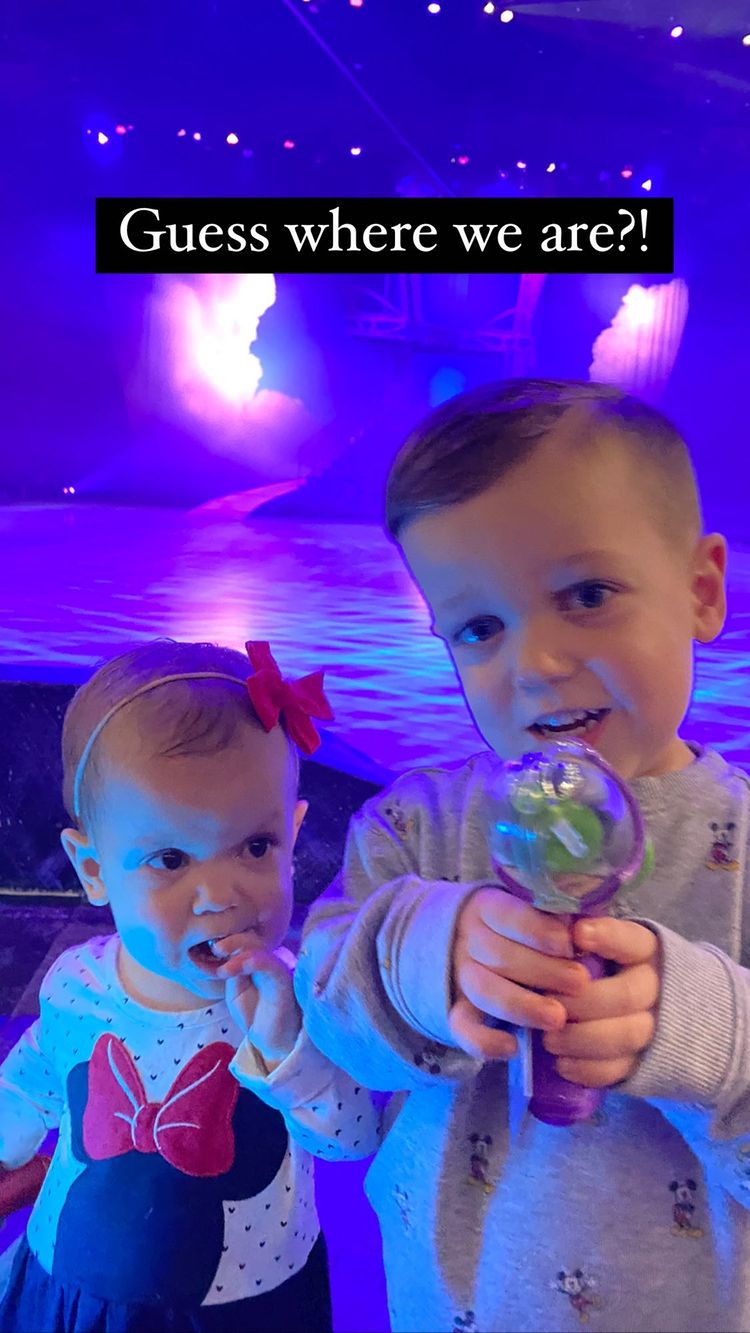 DRESSED FOR THE OCCASION
Lilah and Jackson looked absolutely adorable in their Disney gear. Jackson wore a gray sweatshirt with tiny Mickey Mouses, while Lilah wore a Minnie Mouse dress — completing her ensemble with a red bow. 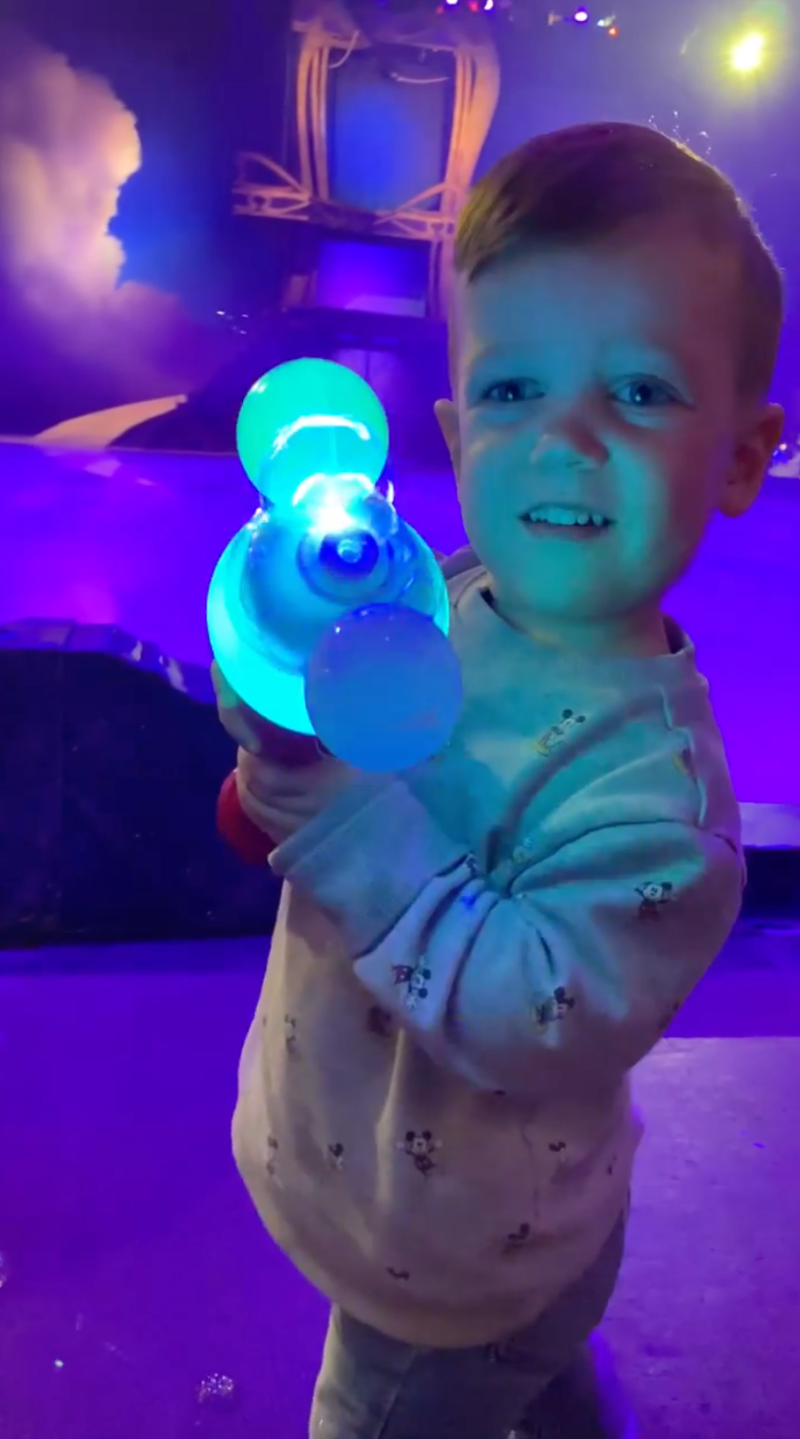 BUBBLE TIME
It looks like Jackson got a souvenir, a bubble blower, before the show was even over. 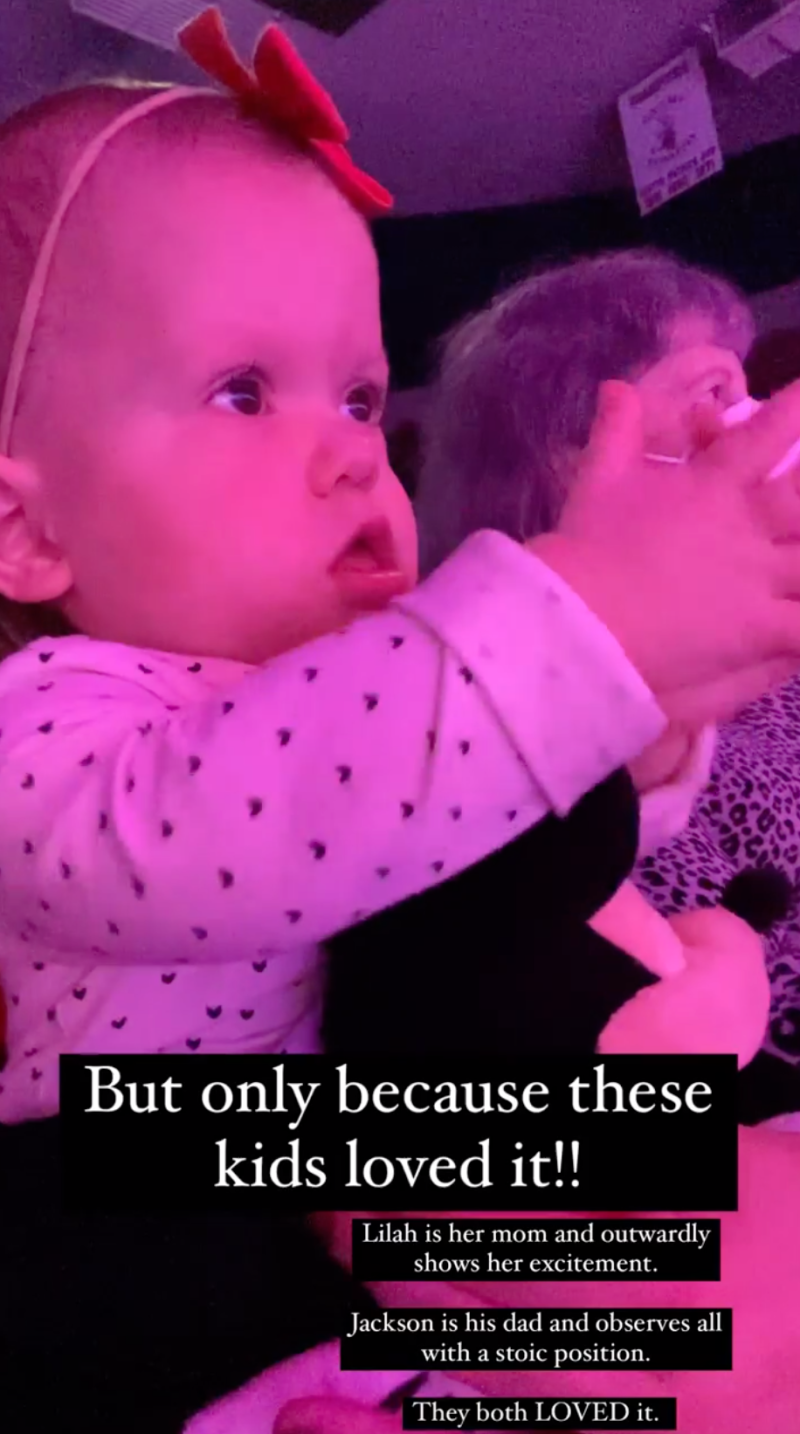 CHEERING ALONG
Lilah was the perfect audience member as she applauded the skaters. 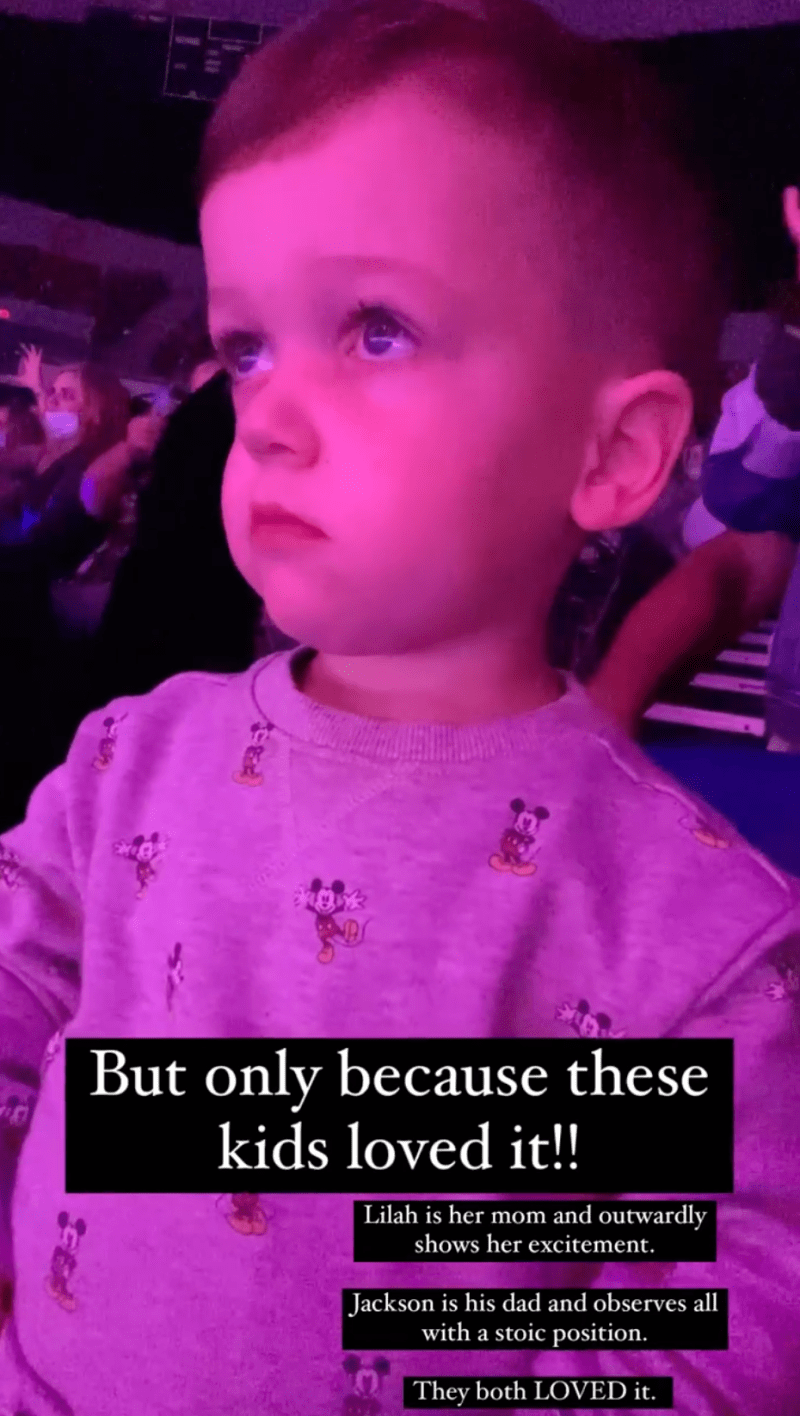 STOIC
Don’t let Jackson’s face fool you — he had a great time. SEE?
Look at his sweet smile. MOM OF THE YEAR
Tori looked so happy that her children were enjoying the show. 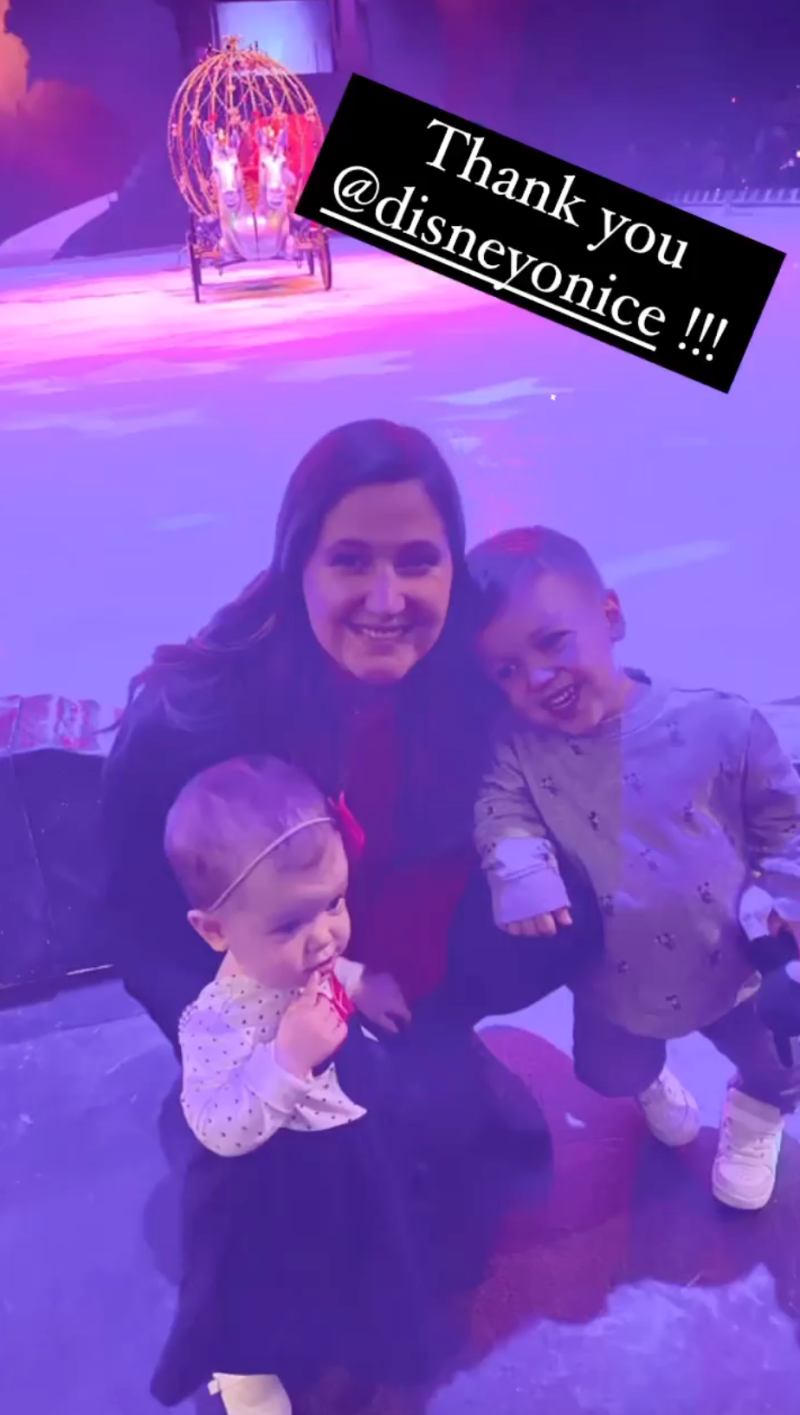 GROUP PHOTO!
All three seemingly had a fantastic time.