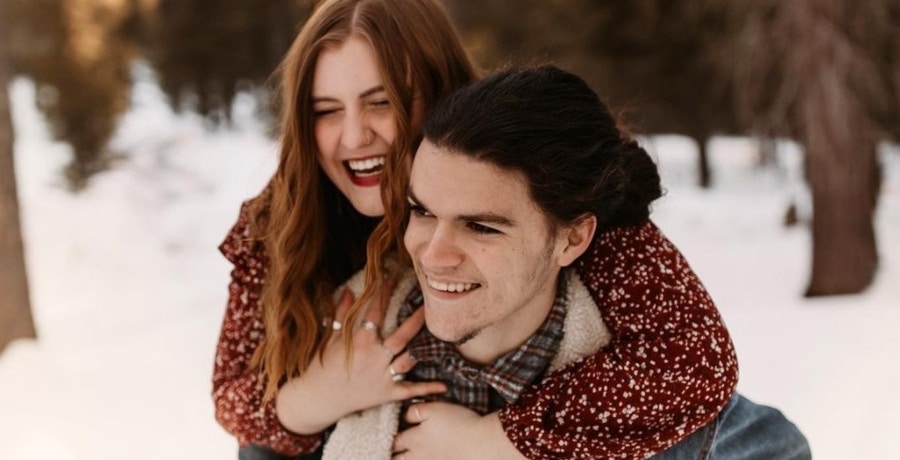 Well-known reality TV family, the Roloffs, have been over the moon lately. The Little People Big World star are getting hit by multiple joyous announcements, one after another. Recently, famous reality star Matt Roloff has dropped a huge hint about the arrival of another one of his grandkids. Did his son Jacob with his wife Isabel actually deliver their firstborn baby? Keep reading to know more.

LPBW: Matt Roloff Wants To Meet Jacob & Isabel’s Baby ASAP!
Matt Roloff is a frequent social media user. He loves to interact with his fans and even gives glimpses of his everyday life when his reality show Little People Big World isn’t filming. A while ago, the TLC star posted an update on the famous Roloff Farms account on Instagram. As Thanksgiving is just around the corner, he and his girlfriend Caryn are making sure they meet and spend time with all their near and dear ones. Hence, a lot of traveling is a part of their agenda. While explaining his lengthy travel schedule, there was one thing that caught all the fan’s attention.

In his post, the TLC star mentioned traveling to Arizona for Thanksgiving. However, he wants to get back to Oregon in time to meet Isabel and Jacob Roloff’s new baby. This led to a lot of speculation, and fans believe that the couple’s firstborn baby is already here! Moreover, the grandpa revealed that it would be a “race against time” situation for him to meet the newest Roloff family member. Unfortunately, he gave no other updates, but fans believe the new parents will tell the internet soon!

LPBW: Isabel & Jacob Refuse To Reveal Their Baby To The Internet!
Although grandpa Matt might meet the new baby Roloff soon, the moment won’t become part of a social media post. That’s because parents Isabel & Jacob Roloff don’t wish to ‘show’ their baby to the fans. In fact, they also made a statement explaining the same. The couple feels it would violate the baby’s privacy.

Therefore, it is inappropriate to do so without consent. It all began when fans would comment they can’t wait to ‘see’ their baby. This outraged Jacob. Hence, the future parents quickly spoke up and said fans wouldn’t get to do so.
In no time, some LPBW viewers infiltrated their DMs with negative remarks and questions filled with confusion over their decision. Then, Isabel Roloff had to make another post on her social media to clarify the previous statement. In her new post, she revealed that they are on the verge of becoming parents and learning things. So, the chances are that they might change their decision if their perspective changes in the future. Another one of her clarifications said that having privacy means concealing the baby’s face. Thus, they will continue to give newborn updates to their followers.

However, it will happen with their kid’s faces hidden. Last but not least, the mom-to-be set the record straight and said they were not throwing shade at anyone for having different parenting choices than theirs. By this, she was probably referring to her sisters-in-law Audrey and Tori Roloff. These young moms have always been comfortable with sharing baby pictures with the fans to see. Even though some believe their baby is already here, Isabel had stated her due date is in December. Comment below and tell us how you feel about this. Are the Roloffs lying or eagerly waiting?