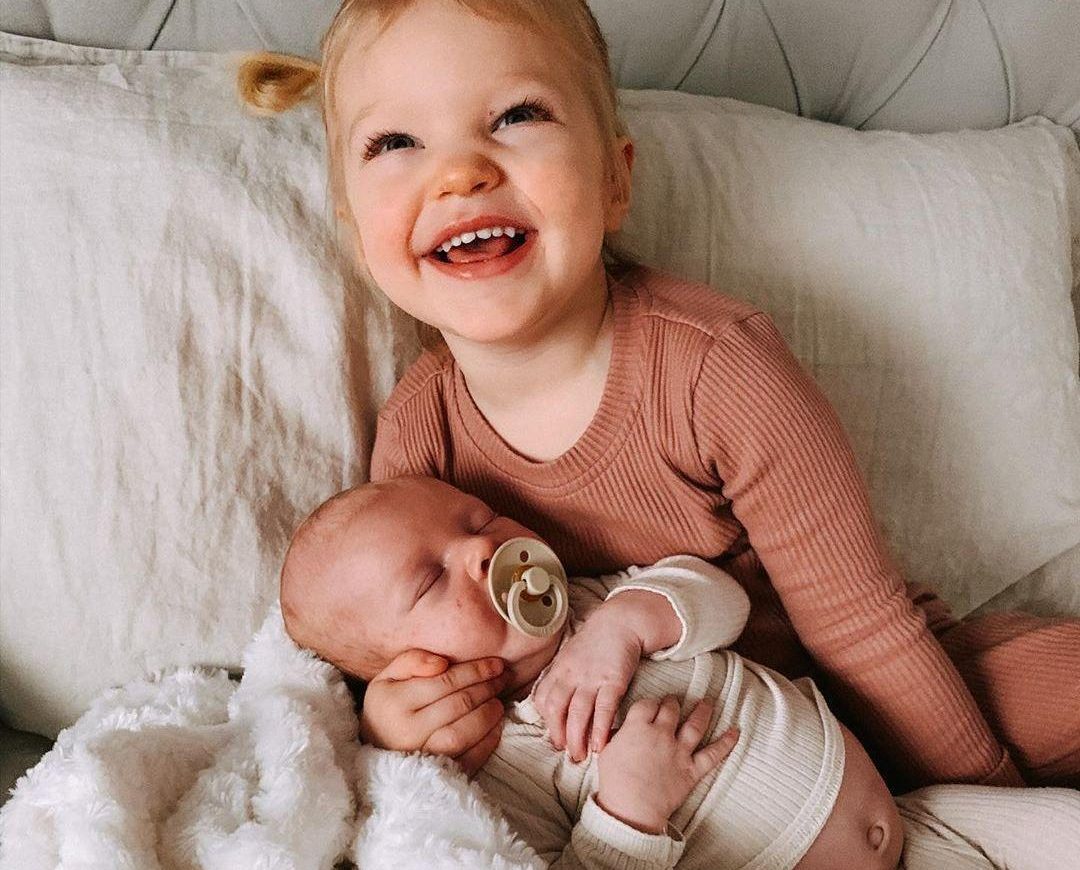 Audrey Roloff’s eldest daughter Ember is a big sister now. Her mother delivered her third baby recently. Along with the birth announcement, Audrey has also been active with other updates about her newborn, Radley Knight Roloff. This includes telling the Little People Big World fans how her other kids, i.e., Ember and Bode, are behaving around their teeny tiny sibling. It turns out, Ember’s reaction to her new sibling makes up for an adorable story. Keep reading to know what it is.

Little People Big World: Ember Assumed Her Little Sibling Is Going To Be A Baby Girl
Audrey keeps telling her fans about recent baby-related updates. In one of her prior posts, she had mentioned that her two kids Ember and Bode, have met their little brother but she was yet to share pictures from their meeting. Lately, she added another post featuring her eldest child, Ember. She looked like a proud big sister holding on to the newborn. With the picture, Audrey also talked about a hilarious yet adorable incident. The mother of 3 revealed that her daughter believed she was going to have a baby sister. Hence, she kept referring to the baby as ‘she’ during the time her mother was pregnant. Therefore, the 3-year-old is still calling the baby with the same pronouns.

In the post, the Oregon native did say that they have been correcting her, but they can’t help but melt at her innocent mistake. Fans also had a hearty laugh over the incident. They agreed that the big sister still needs time to get familiar with a new baby in the house and his name. Both Jeremy and Audrey Roloff didn’t want to know the gender of their baby once they discovered the pregnancy. Hence, they kept it a mystery and found out about it on the delivery day. During her pregnancy, the young mom was upfront about the challenges of not knowing the gender. One of them was coming up with names. However, everything worked out perfectly, and now the Roloffs are a proud family of 5.

Little People Big World: Ember & Bode Stayed With Their Grandparents During Delivery
The LPBW former star mentioned that her parents took over her kids. This happened during the time of the delivery. Since she had a water birth at her house, her former kids were sent to their grandparents. She was happy at this development and said she is glad that her children are spending so much time with her parents. The ex-TV star called it “such a gift”. However, some fans assumed since Matt and Amy Roloff couldn’t step up to do the job, something must be wrong.

Longtime Little People Big World watchers must know by now that Jeremy doesn’t get along with his dad Matt Roloff. As a result, there has been tension in the extended family. This was after Jeremy left the reality show to “focus on his family” and even refused Matt’s offer to take over the famous Roloff Farms. However, things had smoothened over in a couple of years. But now fans believe something is wrong again. Both Matt and Amy didn’t even congratulate the parents after this major news. However, other Roloffs like Isabel and Tori did their bit and sent good wishes on the birth announcement post.