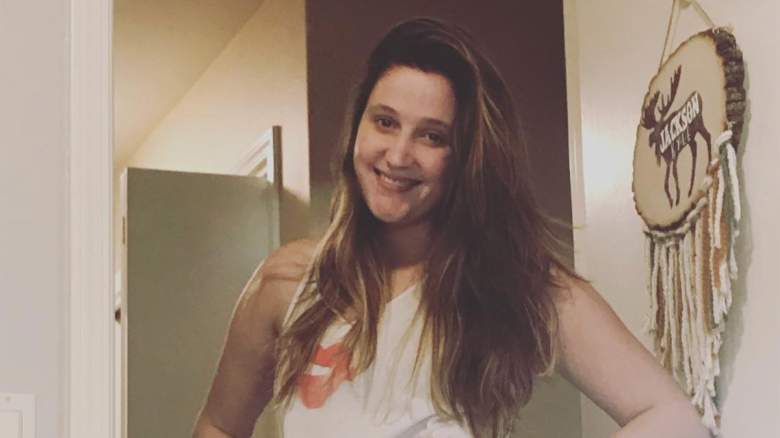 Tori Roloff is pregnant, expecting a third child with her husband, Zach Roloff, in Spring 2022. The stars of TLC‘s “Little People, Big World,” announced the exciting news on their respective Instagram accounts on November 17, 2021.

“We are so excited to share some exciting news with you! Baby Roloff will be joining us this spring and we are so grateful to God for this sweet gift,” Tori captioned her post, sharing some snaps from a family photoshoot.

News that Tori and Zach are expecting their third baby comes just eight months after Tori suffered a miscarriage.

“Everyone says it’s nothing that I did or that we did, it was just this baby wasn’t viable for life, but it’s hard to not wonder what happened on that day or…. But it is common. It happens to more people than you’d think, you just think it’ll never happen to you. Especially after having two full-term babies with zero complications. I think that’s why it just hit us — especially me — so hard,” Tori said on an episode of “LPBW” earlier this year, according to People magazine.

Now that she is expecting again, Tori is sharing some updates on her third pregnancy.

Here’s what you need to know:

Tori and Zach have a son named Jackson Kyle and a daughter named Lilah Ray, and have decided not to find out the gender of their third child. Tori revealed such during a Q&A that she did on her Instagram Stories.

“We’re going to be surprised,” Tori said when asked if she and Zach were planning to do a gender reveal. Another fans asked if Jackson was hoping for a baby brother or a baby sister to which Tori responded, “Jackson says he wants another sister and wants to name her Lilah! At least we know he loves his sis!”

Someone else asked Tori how she was feeling. “Feeling better not that I’m in the [second] trimester. This pregnancy has been a little rough. Just super tired and basically food aversions to everything,” Tori answered.

Tori also said that she and Zach have already been thinking about names and have ideas about what they will name their third baby.

Tori was asked if she and Zach wanted to know if their baby was a dwarf (their first two children were diagnosed with achondroplasia before birth).

“I wish this could be a surprise, too, but when they tell me I need a C-section, it makes it sort of obvious,” Tori answered. In a subsequent post, she clarified her comments. “We won’t know if he or she is a dwarf until further into pregnancy. And with dwarves, it’s encouraged to have a C-section because of the bigger head size. I was saying I’d love to not know but IF my doc says I need a C-section, it would be obvious to us.”

Lastly, Tori was asked if she and Zach will try for a fourth baby after this one, but Tori seems content being a party of five.

“I’m definitely feeling like this one may complete our family. But never say never,” she wrote.