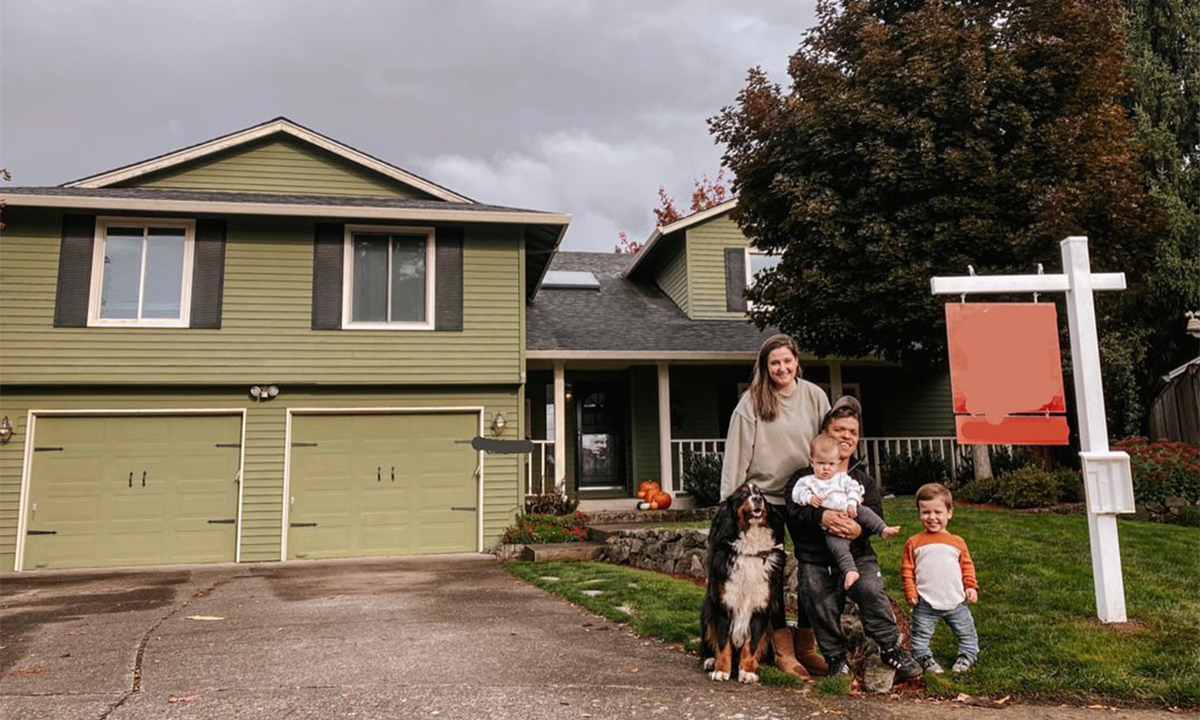 After running on TLC for almost 22 years, Little People Big World has become one of the most popular shows on the platform. As a result, all the main cast members have become household names. Hence, fans treat them like their own family and always look forward to their life updates. Noted LPBW couple Tori and Zach caught everyone’s attention again. They conducted their first-ever gathering with friends at their Washington mansion!

LPBW: Tori & Zach Roloff Are In The Festive Spirit!
As the festivities have arrived, famous reality star Tori Roloff is in the mood for it. The star updated her fans about the same on social media. She and her family threw their first-ever ‘Friendsgiving’ party since they moved into Washington. It was a moment full of joy indeed. Following this, she also shared pictures from the celebration for the fans to see. Their friends and near ones posed for the photos with huge smiles plastered onto their faces.

While talking a bit about the day, the popular reality TV mom revealed that their get-together was a “massive success.” In fact, she made the occasion extra special by preparing turkey on her own by merely following a Youtube tutorial. Last but not least, she concluded by extending gratitude towards the community and getting to “share their new home with them.” LPBW fans were delighted to see the family getting along so well in their new neighborhood. They wished them on occasion too.

LPBW: Fans Took Special Attention To Lilah In This Group Photo!
However, Tori’s little daughter Lilah caught fans’ particular attention. It turns out the innocent one forgot to smile for the photograph. Instead, she was picking her nose. Apparently, the 2-year-old was oblivious to her surroundings. Fans observed this hilarious yet endearing moment. They even bombarded the comment section talking about it. They showered extra love on the youngest Roloff sibling for being extremely adorable. Moreover, mother Tori Roloff was also appreciated for sharing this unfiltered picture without hesitation for the laughs. Lilah and Jackson’s cute antics always get special attention from the fans.

Despite being so young, they have a huge fanbase. In fact, many believe LPBW is doing so well after 22 years of running is because of these two adorable munchkins and the ample screentime they get in the show. However, Lilah and Jackson

won’t be the youngest Roloff members anymore in their family of 4. That’s because the reality TV family made their pregnancy public. Tori Roloff is expecting a baby once again, and everyone is excited for them. This year was quite stressful for the family as they suffered a miscarriage earlier in March. Hence, this joyous news after such a loss makes it worth double the happiness.